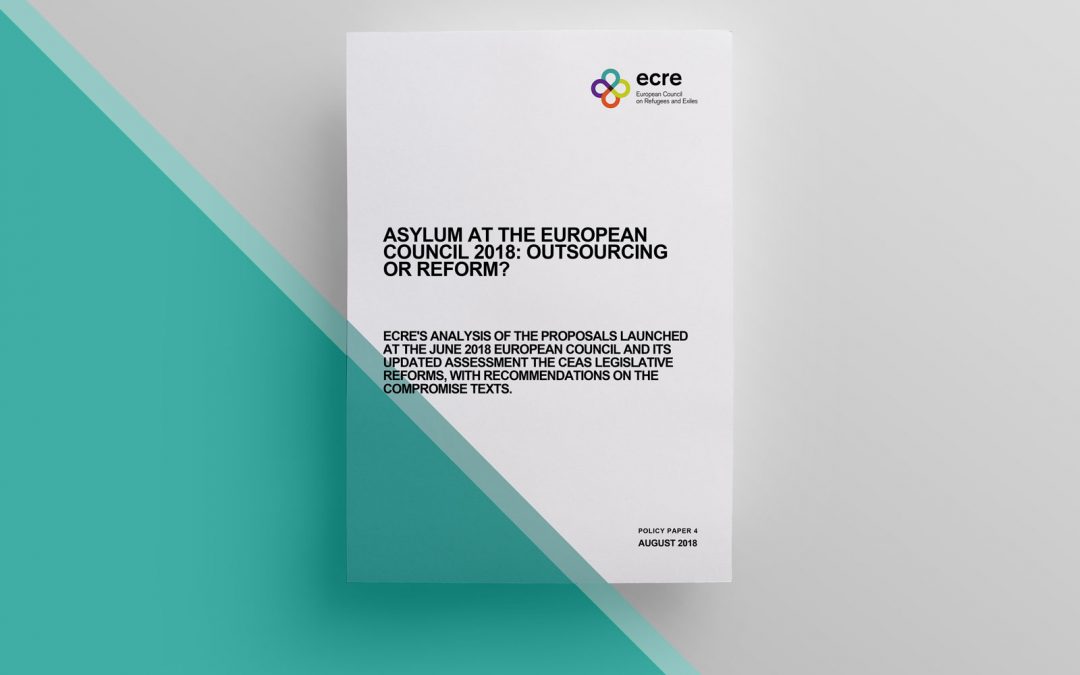 A recently published Policy Paper provides ECRE’s analysis of the proposals launched at the June 2018 European Council and its updated assessment of the CEAS legislative reform, with recommendations on the compromise texts.

After two years of discussing the asylum package and five of the seven Commission proposals on asylum at ‘trilogue’ stage with compromises concluded between the Presidency and the European Parliament rapporteurs, the June 2018 European Council was announced as the decisive moment for the reform of the CEAS. Yet, without agreement on the reform of the Dublin system, no agreement on the other proposals seems possible as the Council maintains a ‘package approach’. The final text of the Summit Conclusions offers mainly vague ideas and admittedly creative new European jargon such as “controlled centres” and “regional disembarkation platforms”. However, the life-span of these concepts remains to be seen. EU leaders seem to have decided against imposing mandatory relocation in order to avoid the risk of another major political crisis and, given the current political context and the conflicting interests of various groups of Member States in the reform of the Dublin system, the potential for speedy solutions is uncertain.

The policy paper first comments on the legal and practical implications and feasibility of proposals to outsource protection obligations of EU Member States to third countries that have once more gained momentum at the EU level. Secondly, taking stock of the progress made on the negotiations of the CEAS reform, the paper also presents ECRE’s main concerns regarding the compromises provisionally agreed between the Bulgarian Presidency and the European Parliament rapporteurs in June on the Qualification Regulation, the Reception Conditions Directive and the Union Resettlement Framework Regulation. The Council’s refusal to endorse the provisional compromise texts has provoked severe criticism from the European Parliament but at the same time presents an opportunity to address remaining protection gaps. Finally, ECRE’s key concerns and recommendations on the reform of the Dublin system will be reiterated.