ECRE Policy Note: Voluntary Departure and Return: Between a Rock and a Hard Place 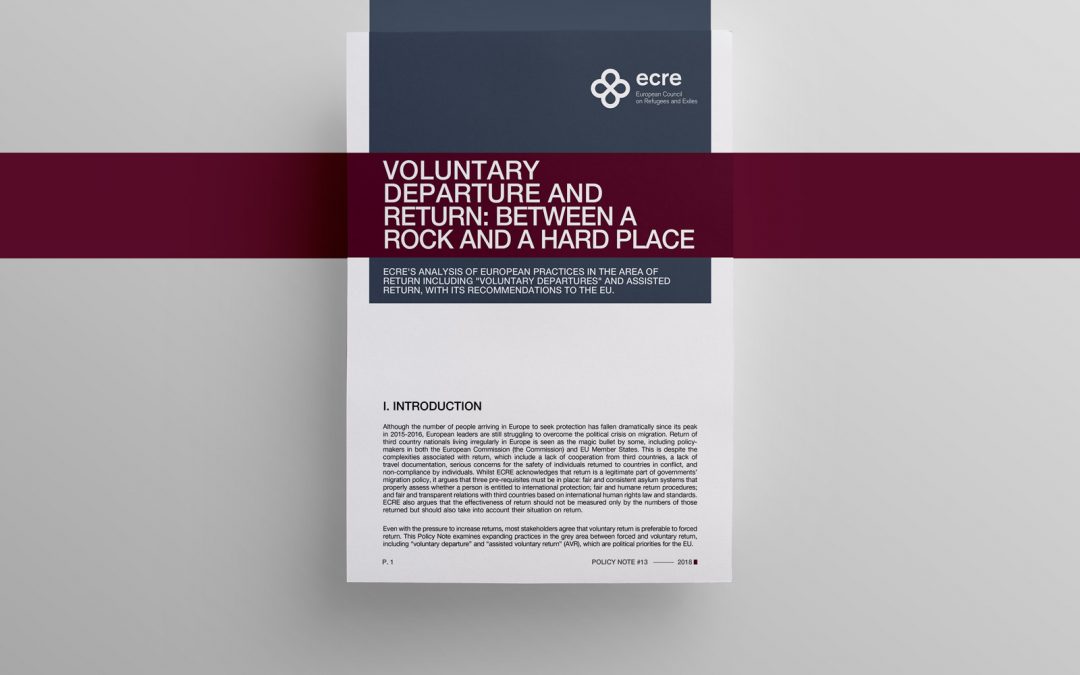 The Policy Note offers ECRE’s analysis of European Practices in the area of return including “voluntary departures” and assisted return, with its recommendations to the EU.

Despite a dramatic fall in the number of people arriving in Europe to seek protection since its peak in 2015-2016, European leaders are still struggling to overcome the political crisis on migration. Return of third country nationals living irregularly in Europe is seen as the magic bullet by some, including policymakers in both the European Commission (the Commission) and EU Member States.

Whilst ECRE acknowledges that return is a legitimate part of governments’ migration policy, it argues that three pre-requisites must be in place: fair and consistent asylum systems that properly assess whether a person is entitled to international protection; fair and humane return procedures; and fair and transparent relations with third countries based on international human rights law and standards. ECRE also argues that the effectiveness of return should not be measured only by the numbers of those returned but should also take into account their situation on return. Even with the pressure to increase returns, most stakeholders agree that voluntary return is preferable to forced return. This Policy Note examines expanding practices in the grey area between forced and voluntary return, including “voluntary departure” and “assisted voluntary return” (AVR), which are political priorities for the EU.

Based on the analysis ECRE recommendations include: voluntary departure and supporting assisted return programmes open up to the moment of return, and for as wide a group as possible. Extension of the thirty-day period of voluntary departure, rather than reduction of it. Member States to refrain from setting additional legal requirements which may prevent third country nationals from choosing a more humane form of return. Independent information, counselling and support to potential returnees and their families and dignified alternative solutions in the form of a status that provides basic socio-economic rights for those who cannot return.