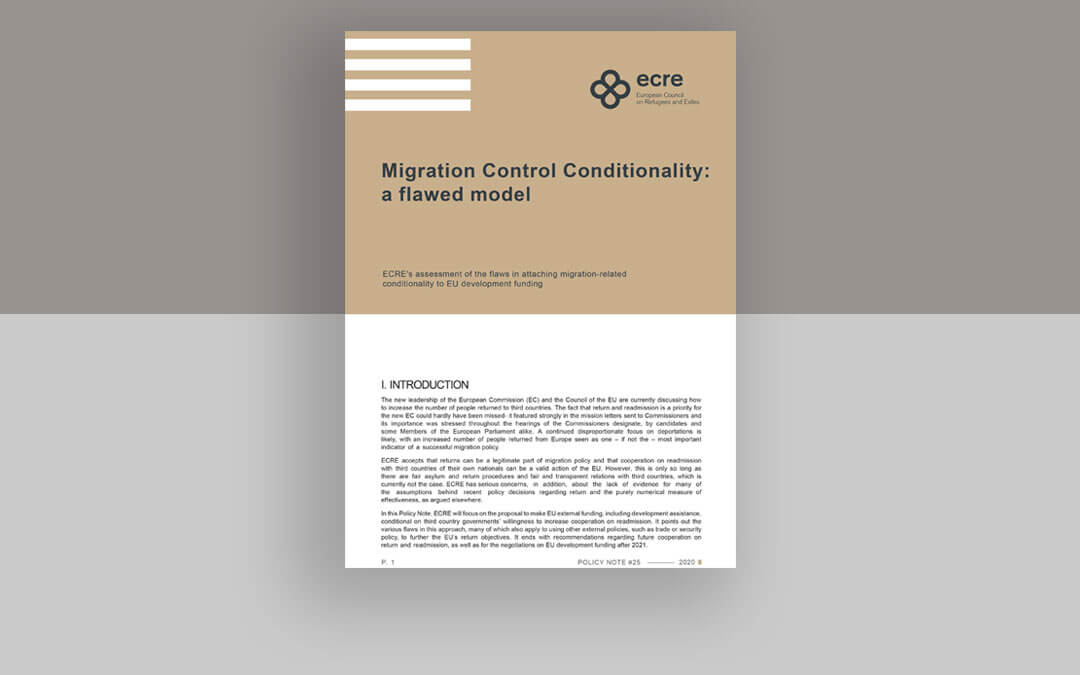 The new leadership of the European Commission and the Council of the EU are currently discussing how to increase the number of people returned to third countries. Return and readmission is a priority for the new Commission and a continued disproportionate focus on deportations is likely, with an increased number of people returned from Europe seen as one – if not the most –  important indicator of a successful migration policy.

To achieve this objective, the Commission and Member States are currently considering different policy options to increase pressure on third countries to cooperate on return and readmission. Early discussions have centred on how to use visa restrictions or facilitations for nationals of a third country to increase cooperation. In addition , the use of EU external funding, including development assistance, is being considered and the negotiations on the Neighbourhood, Development and International Cooperation Instrument (NDICI) in the next Multi-annual Financial Framework (MFF) is viewed by EU Member States as an opportunity to anchor such an approach in the legislation that will underpin spending from 2021 onwards.

The Policy Note points out the various flaws in this approach, many of which also apply to using other policies, such as trade or security policy, to further the EU’s return objectives. It ends with recommendations regarding future cooperation on return and readmission as well as the negotiations of EU development funding after 2021.