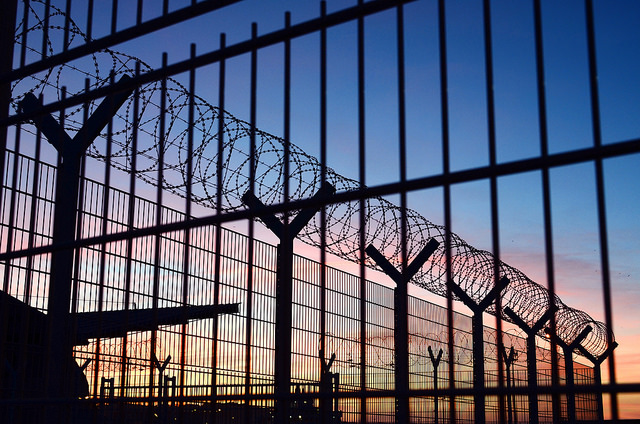 This report  presents the outcomes of a fact-finding visit to France conducted by ECRE between 23 and 27 April 2018, with a focus on deprivation of liberty and access to asylum at the border.

People fleeing persecution and conflict who manage to reach France by air or sea may find themselves subjected to consecutive forms of deprivation of liberty. Since the beginning of 2018, there has been an emerging trend in certain regions whereby, after a person has been released from the waiting zone and has subsequently been held in police custody, he or she is admitted into the territory and issued an obligation to leave together with an administrative detention order for the purposes of removal.

The border procedure, consisting of a preliminary examination of claims for the purpose of allowing people entry into the territory to seek asylum, takes places under reduced procedural safeguards: remote interviews in all waiting zones except Roissy, scarce legal assistance due to lack of capacity of lawyers and NGOs, and a controversial assessment of the facts put forward by the asylum seeker. These barriers are liable to render access to asylum difficult, if not ineffective in practice.

According to official figures, the rate of positive opinions by OFPRA (the Office for the Protection of Refugees and Stateless Persons) on requests to access the territory was around 26.6% in 2017 and 21.7% in the first quarter of 2018. This means that the majority of asylum claims made at the border are rejected in the border procedure. In the case of waiting zones such as Beauvais or La Réunion, all opinions issued by OFPRA in this period were negative.

At the same time, persons arriving at the French-Italian land borders face arbitrary detention in temporary facilities and are barred from accessing the asylum procedure in France, in clear violation of safeguards under the Dublin III Regulation and the right to asylum. Recent monitoring from the General Controller on Places of Detention (CGLPL) confirms a persisting practice of detention in substandard conditions and refusal to receive asylum applications from those seeking protection.

ECRE calls on the French authorities to refrain from the consecutive application of different detention regimes to persons refused entry to the territory and to establish clear instructions on the respective responsibilities of the Prefectures and the Border Police relating to the application of the Dublin Regulation.