ECRE: European return policies – getting the numbers no matter the cost 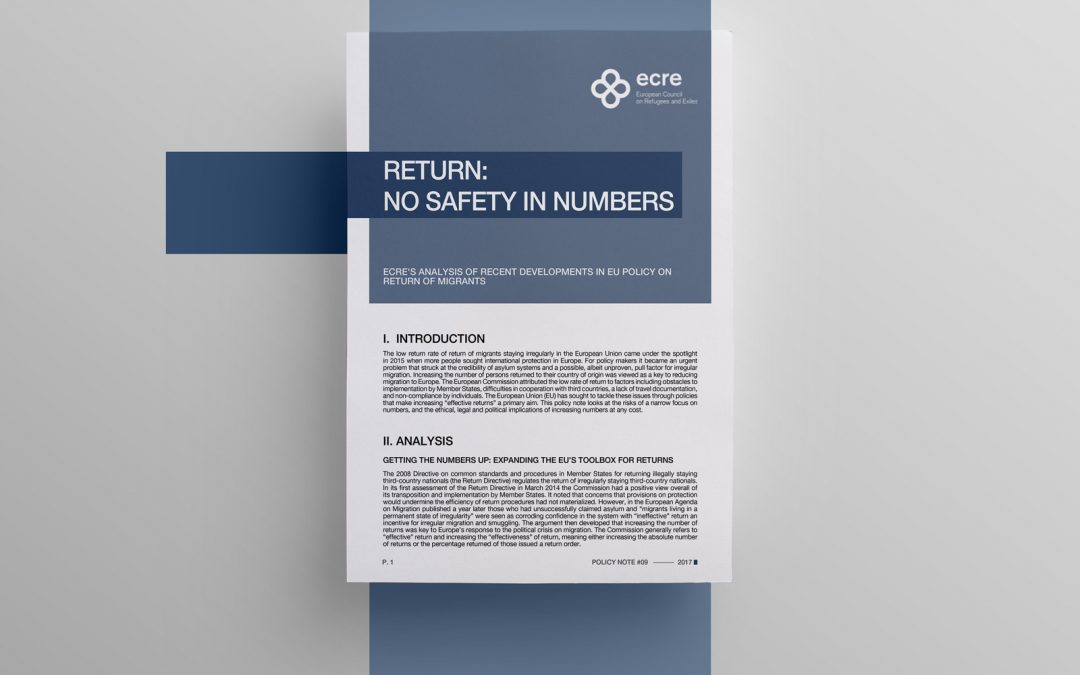 Today ECRE published a Policy Note analysing EU return policies and a Case Study on returns to Afghanistan identifying the risks, and the ethical, legal and political implications of a narrow focus on increasing the number of returns in general and in the specific context of Afghanistan.

As outlined in the ECRE Policy Note: ‘Return: No Safety in Numbers,’ returns became a dominant political imperative at EU level in 2015 corresponding with an increase of people seeking protection in Europe. The EU toolbox was expanded to that end through the EU Action Plan on Return from September 2015, the Partnership Framework of 2016 and the 2017 Commission Recommendation on making returns more effective when implementing the Return Directive.

The Policy Note outlines three as yet unmet prerequisites for return: a consistent and fair asylum examination, which can be questioned given the widely divergent recognition rates across Europe, a fair return procedure, which is uncertain given the predominantly punitive measures being recommended, and a fair and transparent partnership with third-countries, again in doubt given the risk of human rights violations and the design of new informal agreements. Further the note describes a set of risks and consequences arising from EU policies based on a narrow agenda, a limited perspective and a lack of evidence base including wrongful return and lack of sustainability of return. All of these shortcomings and risks seems to define EU policies towards Afghanistan.

In ‘EU Migration Policy and Returns: A Case Study on Afghanistan’ ECRE describes the Joint Way Forward signed by the EU and Afghanistan in 2016 as the embodiment of EU efforts to use cooperation agreements to increase returns. The Case Study identifies the price of these policies: the disproportionate focus on returning a comparatively modest number of Afghans from Europe to a country already receiving hundreds of thousands returning from neighboring countries and hosting a large population of internally displaced, which is jeopardizing long-term efforts of stabilization and the protection of human rights. At the same time decreasing (and widely divergent) recognition rates and an increased application of the Internal Protection Alternative for Afghans at a time when the security situation in Afghanistan is deteriorating poses a risk of refoulement. Further, while there are no common concepts, tools, structures or indicators in place to measure the success of return or how reintegration programmes support this process the research suggests that a majority of returnees are looking to re-migrate given the lack of security, support and perspectives in Afghanistan.

The ECRE Policy Note offers a set of recommendations at EU and Member State level including a reassessment of the Commissions approach looking at safeguards and conditions in host-countries, during return procedures, in the country of return and at the overall sustainability of return.

The ECRE Case Study recommends specific measures on returns to Afghanistan including EASO taking into account the deteriorating situation in Afghanistan and analysing practice in countries with low recognition rates to ensure compliance with international refugee law.