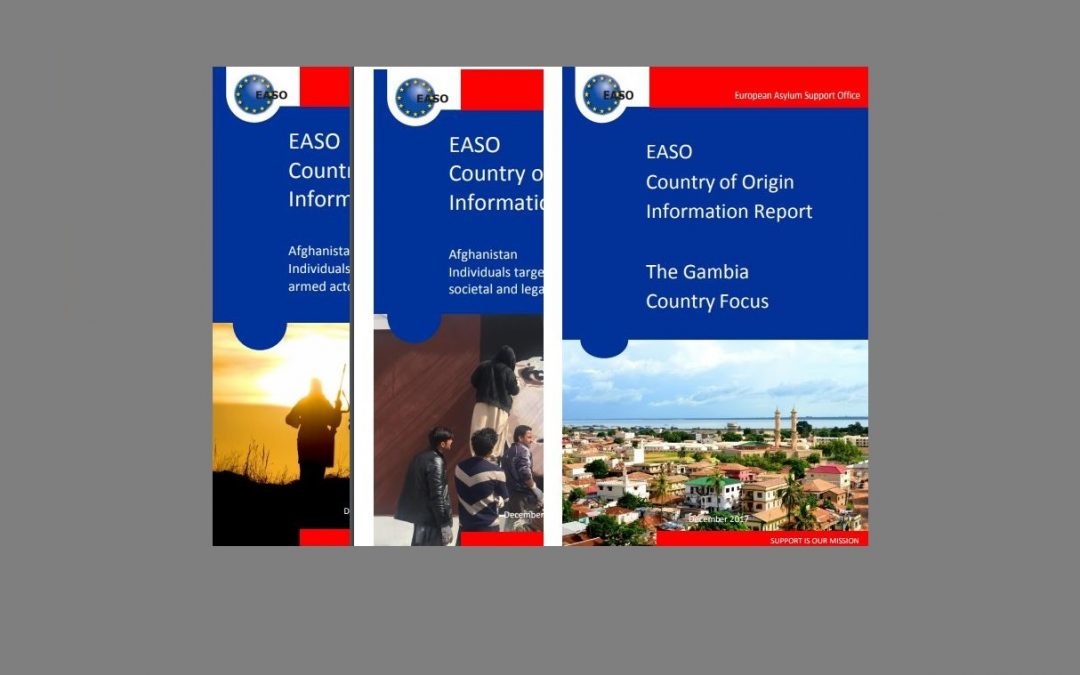 The European Asylum Support Office (EASO) has extended its portfolio of Country of Origin Information (COI) with the release of two reports on Afghanistan and one on the Gambia as part of the announced intention to develop reports on “important countries of origin” and contribute to harmonizing COI for the assessment of international protection status in the Common European Asylum System.

‘The Gambia – Country Focus’ is the first EASO report on the Gambia and presents findings on selected background topics during the administration of Yahya Jammeh, who left office after almost 14 years in power in January 2017 and gives input on the latest developments under the new administration led by Adama Barrow. The report “therefore merely represents an initial inventory during a period of rapid change when the power relationships are still uncertain”.

The reports on Afghanistan are part of EASO’s pilot Country Guidance exercise to harmonize decisions on international protection from Afghan applicants, started in 2016. Addressing the situation of civilians, ‘Afghanistan: Individuals targeted by armed actors in the conflict’ analyses the risk on the civilian population as a strategic target for armed groups. ‘Afghanistan: Individuals targeted under societal and legal norms’ discusses socio-legal structures and the handling of topics as crime and gender-related violence.

Comparing countries of origins across Europe, Afghanistan is continuously in the top three most frequent ones while the decision-making practice continues to differ. According to latest AIDA statics, overall recognition rates (OVR) for key nationalities for January to November 2017 reveals that 17,206 applications by Afghan asylum seekers were submitted in Germany with an OVR of 47.5 %, 15,630 applications were submitted in Greece with an OVR of 66.8% and Austria recorded 3,477 applicants from Afghan nationals and has an OVR of 71.7%. Gambian nationals ranked among the largest groups of asylum applicants in Italy with 8,563 applications as of November 2017.