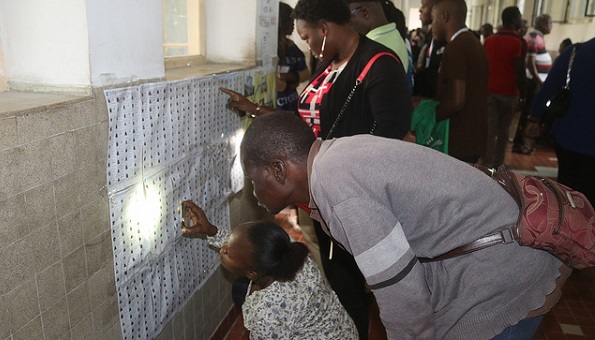 On Thursday January 10 the electoral commission declared Felix Tshiisekedi the President of the Democratic Republic of Congo (DRC). Tension has been mounting while the results of the election which took place on December 30 were delayed for more than a week. Amnesty International warn that a crisis is looming in the country that could force countless people to flee if protests turn violent; more than 20,000 people have already fled the country since mid-December 2018.

Following the eruption of hostilities and violence at the end of December 2018 between two communities in Yumbi, in western DRC, at least 16,000 people were forced to flee neighbouring Republic of the Congo, also known as Congo-Brazzaville. According to UNHCR, this was the largest influx of refugees in over a decade. UNHCR’s Adrej Mahecic described the new arrivals as “in dire need of basic assistance”, having “left homes burned and people killed”.

The Red Cross have also reported that hundreds of refugees have crossed into Uganda from Congo in the aftermath of that country’s presidential election, which heightened concerns about the possible cross-border spread of what is now the second-deadliest outbreak of Ebola in history Ebola. Many were forced back to DRC after resisting health screenings. Tedros Adhanom Ghebreyesus of the World Health Organisation warned that prolonged insecurity in Congo could lead to a rise in new Ebola cases.

On Thursday, DRC’s election result were announced, and while this theoretically means DRC will see the first electoral transfer of power in 59 years of independence, pre- election polling had suggested that opposition figure Martin Fayulu was the favourite to win. It is therefore feared that there will be opposition protests and increased violence in response to Tshiisekedi’s win.  DRC riot police have been deployed, as have 80 US military personnel, to Gabon, “in response to the possibility that violent demonstrations may occur in the Democratic Republic of the Congo in reaction to the 30 December 2018 elections there”.

The opposition says the vote was marred by widespread irregularities, including the delay in publishing the results for which the electoral commission reportedly cited three reasons: the deaths of more than 100 people in ethnic violence in the north-west, an outbreak of Ebola in the east, and a shortfall in the number of ballot papers it had been able to distribute, after a fire destroyed 80% of the voting machines in Kinshasa. The conditions meant more than one million residents of three key regions have had their votes postponed until March.