Dispute over Deportations from Lebanon amid New Displacement in Syria 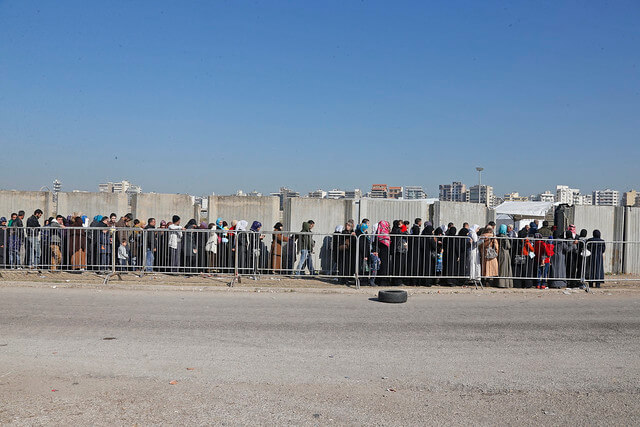 According to NGOs at least 16 Syrians, some registered with the UN Refuge Agency (UNHCR), were summarily deported from Lebanon despite expressing fears of persecution and torture. While the Lebanese authorities denies the allegations, pressure to return is mounting amid renewed violence and displacement in Syria.

The Lebanese Center for Human Rights (CLDH), Legal Agenda, Frontiers Rights, Access Center for Human Rights and Human Rights Watch state that Lebanon deported at least 16 Syrians on 26 April upon their arrival in Beirut by forcing them to sign ‘voluntary’ repatriation forms. Lebanon’s General Security Directorate stated that it “categorically denies it forced any Syrian to sign any form.”

However, the situation for Syrian refugees in Lebanon is increasingly difficult. According to Human Rights Watch 74 per cent of Syrians in Lebanon now lack legal residency exposing them to exploitation, possible detention with limited access to work, education and health care. Lebanese president, Michel Aoun recently stated that Lebanon would not survive if half a million Palestinian and 1.6 million Syrian refugees were to remain in the country and called on Middle East Council of Churches (MECC) to help solving the issue “by persuading Western countries to accept the refugees’ return to their countries as soon as possible.”

Escalating fighting and bombardments including on civilians and infrastructure have caused massive displacement in northwest Syria. More than 200,000 people have been displaced since the end of April. With no permission to cross the Turkey border where a 764 km wall is sealing off access the displaced are trapped and in need of food and protection. The UN has called for a ceasefire and assistant secretary-general for humanitarian affairs Ursula Mueller stated in her briefing to the UN Security Council: “Can’t this council take any concrete action when attacks on schools and hospitals have become a war tactic that no longer sparks outrage?”

UNHCR estimates that 5.6 million people have fled Syria since 2011 and another 6.6 million people are internally displaced. According to European Civil Protection and Humanitarian Aid Operations (ECHO) Lebanon has the highest concentration per capita of refugees in the world amounting to 30 per cent of the country’s population.