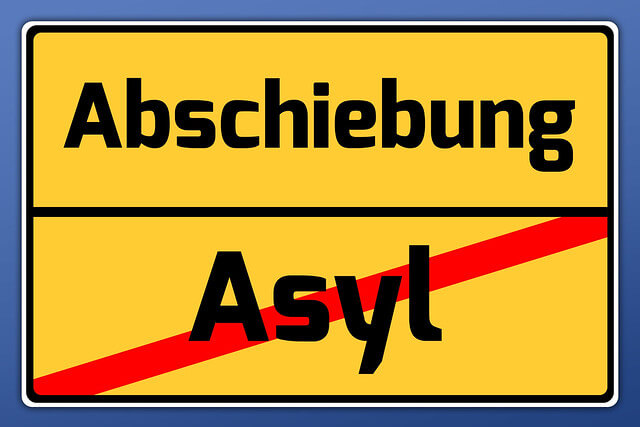 By Karl Kopp, Director of European Affairs at Pro Asyl.

On 17 April 2019 the German Government pushed ahead with the deprivation of rights of refugees with two laws – the so-called “Orderly Return Bill” and an amendment to the social welfare law for asylum seekers. The highly controversial “Orderly Return Bill” promoted by the Ministry of the Interior has now been passed by the cabinet meeting of the Government and will be discussed in parliament. The draft law is part of a recent wave of legal measures that represent a crackdown on asylum seekers. It provides for far-reaching changes which have been sharply criticised by civil society associations as they include the deprivation of rights, expansion of the use of detention, and withdrawal of social benefits. It also makes the status of recognised refugees more precarious, introduces a downgraded version of the “Duldung” (toleration) status, and targets people and organisations involved in refugee support.

The law proposed by Interior Minister Horst Seehofer lowers the threshold for the use of detention making it easier for the government to detain people before deportation. While previously the law required the government to provide the reasons why it considered a person at risk of absconding, the new law shifts the burden of proof from the government to the person affected. The person presumed at risk of absconding has to prove the non-existence of this risk while they are held in detention and without being provided with a legal representative.

In addition, everyday circumstances will serve as an indicator of a risk of absconding, such as the fact that a person has paid a certain amount of money to come to Germany (to whom does this not apply?) or that they made false statements at some point, even if these have later been corrected. This is a blatant shift to the disadvantage of those affected and also contradicts the principle that detention should only be used as a last resort.

The German government also wants to introduce a new form of detention (“Mitwirkungshaft”) for use in the event that persons obliged to leave the country do not appear for an interview at the representative office of their country of origin and do not provide an excuse for their non-appearance. These appointments serve primarily to clarify the identity of the persons concerned. According to an explanatory memorandum attached to the proposed law, a detention period of up to 14 days will “exert pressure on the foreigner with the aim of increasing his willingness to cooperate” and thus enable their deportation.

A particularly controversial part of the legislation allows federal states to place people awaiting deportation in regular prisons as long as they are physically separated from other prisoners. This temporary measure is intended to buy time for the federal states to expand their migrant detention capacities by mid-2022. The lifting of the ban on separation from the general prison system enshrined in Art. 16 of the EU Return Directive, constitutes a flagrant violation of European law.

Changes to the social welfare law for asylum seekers jeopardize constitutional guarantees. For refugees recognised as such in other EU Member States, benefits are to be completely cancelled. They will only receive a “bridging benefit” for a maximum of two weeks. In other words, return to countries like Italy, Greece and Bulgaria where recognized refugees often live in miserable conditions, is enforced with hunger and homelessness.  Persons flagged by EURODAC as eligible for return to other EU countries under the Dublin III Regulation would receive only limited benefits. This even applies to the period during which a court is examining an applicant’s appeal against the Dublin transfer decision. The Federal Constitutional Court has ruled that the fact that a policy is aimed at reducing migration does not justify people’s exclusion from benefits. The reduction of benefits below subsistence minimum clearly violates the cornerstone of the German constitution, which guarantees a life in dignity for all people in Germany (Article 1.1).

In addition, Seehofer’s new law introduces a downgraded version of the “Duldung” (“Toleration”) status, a legal status in German law for people whose deportation is suspended on administrative or humanitarian grounds. This status of “Dulding light” will apply to “persons with unclarified identity” and restricts the rights of people believed to bear responsibility for obstacles to their deportation. For example, not having papers, missing appointments with authorities, and not following the arguably ineffective steps to obtain papers, allows German authorities to downgrade status and restrict access to social benefits and the labour market.

The new measures also concern refugees recognised as such years ago. For those recognised between 2015 and 2017, the period during which the Federal Office for Migration and Refugees (BAMF) can revoke or withdraw refugee status will be extended from three to five years. These procedures concern around 600,000 refugees primarily from Syria, Iraq, Afghanistan and Eritrea. The situation in these countries has not fundamentally improved, which would be the reason to revoke recognition. However, the continuous insecurity that comes with this change will hamper the integration process of those affected.

Finally, changes to the original draft bill in the course of the coalition negotiations have not eliminated the threat to civil society and those working in refugee support. By declaring the entire process of deportation, including Embassy and doctor appointments, a state secret, those providing counselling to asylum seekers  could be accused of “aiding or abetting” in the “betrayal of secrets”, an offence punishable with up to five years in prison.  The mere possibility of indictment will lead to great uncertainty among those committed to the support of people seeking protection.

Despite the low number of asylum seekers arriving in Germany and good structures for their reception, the current draft legislation is being negotiated as if Germany were in a state of emergency. It comes as part of a new wave of laws that reduce the conditions for asylum seekers and refugees. In fact, since autumn 2015 more than 20 legislative amendments have been passed by parliament, the impact of which has not yet been evaluated. And there are currently over ten draft laws on asylum and migration being negotiated in parallel and in extremely short timeframes.

Pro Asyl also criticises the public relations work of the Federal Ministry of the Interior (BMI), which suggests that 235,000 rejected asylum seekers in Germany should be deported. It is true that, according to the Central Register of Foreigners (AZR), 235,000 persons are obliged to leave the country. However, first, almost one half of them have never applied for asylum! Second, most of them have the status of “Duldung”, meaning that they cannot be deported, for example due to health problems or family reasons. The inflated figure also includes almost 30,000 people from Afghanistan and Iraq who cannot be deported because the situation in their country of origin is too dangerous. Finally, a large number of people registered in the AZR have already left Germany.

The strategy of using statistical tricks to stir up sentiments against people seeking protection and bulldoze through an outrageous legislative package is unacceptable.