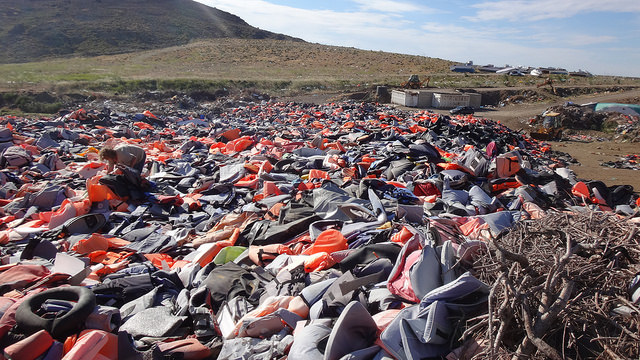 During last week’s European Council meeting Member States expressed strong support for Italian cooperation with Libyan authorities. The Council’s conclusion revealed little of the concerns that caused EU Commissioner for Human Rights Nils Muižnieks to request clarification on Italian cooperation on sea with Libya. In last month’s letter to Italian Minister of Interior Marco Minniti the Commissioner particularly addressed the protection of NGO Search and Rescue operations, which are under increasing political pressure.

On the occasion of Italy’s naval mission in Libyan territorial water on invitation of Libyan UN-backed government launched in the beginning of August, Muižnieks highlighted the need to safeguard human rights of migrants on sea in accordance with Article 3 of the European Convention on Human Rights and additionally posed a question on measures provided by Italian government to ensure the operations of Search and Rescue conducting non-governmental actors. In his reply from October, Minniti revealed no details on the Commissioners concerns on the situation of Search and Rescue Operations. Minniti said that Italy’s objective is to strengthen Libyan autonomy and to reduce the number of deaths in the Mediterranean Sea.

The European Council valued Italy’s efforts on the Central Mediterranean route, referred to it as a  “chance of closing the Central Mediterranean route”  and called for increasing efforts to work with Libya and other third countries to steam migration. The Council include only minor references to Human rights concerns in Libya expressed by UN Agencies and Civil Society organisations and accounts of the ill-treatment by Libyan Coast Guards and the protection of life-saving Search and Rescue operations are not considered.

In a recently published report, the NGO Watch The Med Alarm Phone confirmed the Commissioners’ concerns. It emphasis that due to insufficient capacities of official coast guards NGO operations remain mandatory to prevent an even higher fatality rate. The report denies the existence of an unified Libyan coastguard but “only multiple, autonomous formations, of which some even operate as smugglers.” The EU is criticized for ignoring human rights violations in Libya and conducting a criminalization campaign against Search and Rescue initiatives in favor of closing channels to Europe.

Italian law enforcement agencies launched investigations in the alleged role of non-governmental organizations in human smuggling earlier this year. Last week Italian police searched a vessel of the charity Save the Children. Save the Children have later announced the suspension of their rescue operations in the Mediterranean Sea due to the combination of falling numbers of crossings and the worsening security situation.