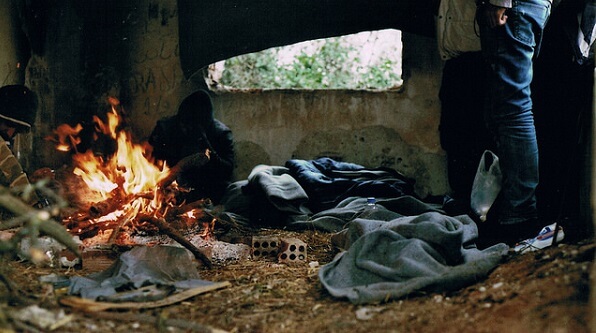 Several people were injured during an incident at the Croatian-Bosnian land border of Maljevac last week, after a group of more than 200 refugees and migrants, including women and children, blocked the main road, hoping to be allowed entry into Croatia.

Croatian police officers fired teargas and used batons against people who threw stones at them in protest. Three days following the incident, a number of people have gone on hunger strike at the border. Reports suggest that false information had circulated suggesting that the border was being opened.

Following last week’s clash, the Bosnian police transferred 69 people by train and 57 by bus from Bihac to Sarajevo, with a view to accommodating them in the reception centre of Hadžići. According to reports, in an effort to reopen the blocked border crossing at Maljevac where refugees and migrants have been camping. Bosnian authorities have also started transferring people to a facility in north western Bosnia.

About 16,000 people, originating mainly from Pakistan, Syria, Iran and Afghanistan, have passed through Bosnia this year. According to UNHCR figures, the majority of them have expressed the intention to seek asylum but only over 1,000 have formally submitted asylum applications.

With winter approaching, UNHCR has warned: “It is the race against time and UNHCR is particularly concerned about vulnerable families and individuals who are most at risk.”