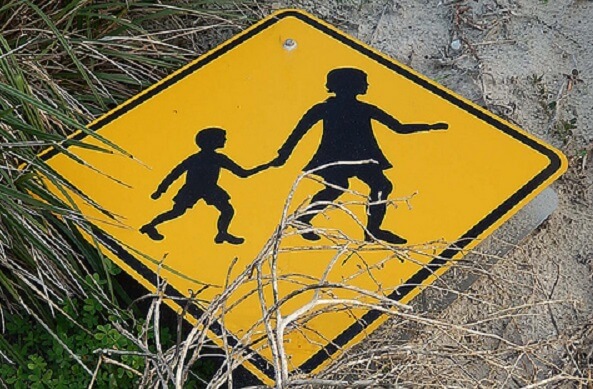 Despite harsher approaches to refugees and migrants in Europe there is an almost universal view that children should be exempt from restrictive measures, even among those who are hostile towards migration in general. The Convention on the Rights of the Child (CRC) provides the international legal standards governing states’ treatment of all children, regardless of migratory status and all EU Member States are party to it.

Yet, despite the rhetoric, intentions and legal standards, preliminary research from the ChildMove project presented at an MPI event in Brussels this week, provides empirical evidence for what has been increasingly exposed in recent years: 100,000s of children migrating to and within Europe are suffering in dire circumstances as a result of Europe’s policies and actions.

The picture, which chimes with ECRE’s own findings in the AIDA database, is one of widespread denial of the rights of the child. In practice, this abstract expression means that children on the move can’t access their rights to housing (they are living on the streets or in inadequate reception facilities), to education (they are not at school), to safety and life (they are exploited and abused), or their right to asylum (they are deterred or prevented from claiming asylum). And so on.

Why is this happening? How can it happen? There are immediate causes that lie in the poor functioning of asylum systems, such as the failure to carry out best interest assessments in some Member States, or the inadequate treatment of vulnerable persons in others. The CRC sets out the best interest principle, according to which the primary consideration should always be the best interest of the child in question. All children are classified as vulnerable according to international and EU law, meaning that states are obliged to put in place special measures to enable them to access their rights.

There are at least three deeper causes of this scandal. First, there is a long-standing tension between children’s rights regimes (norms, policy and practice) and migration policy (or anti-migration policy) with its objectives of preventing entry, increasing return, and deterrence through maltreatment in order to reduce the mythical pull factors. In this context, the best interest of the child does not prevail. Law on asylum and migration issues is often “harder” law than that deriving from the CRC, which like many international agreements suffers from enforcement challenges. Legal and policy disparities might then be mirrored at the institutional level, with those enforcing migration policy having higher status and greater resources than those working on children’s rights. Or the migration system may be given the responsibility for children on the move rather than them being part of the standard child protection system which would reflect their best interests.

Of course, none of this is inevitable. It would be perfectly possible to have asylum and migration policies that fully respected international human rights standards, including the CRC. The vision of the Global Compact on Migration goes in this direction, which is why some European countries don’t like it. The idea that it creates a human right to migration is a red herring. Rather, as well as creating sensible standards and mechanisms for international cooperation on an international issue, it seeks to protect the human rights of those on the move, including children, something that has become unfashionable in some European countries.

The tension between children’s rights and migration policy have been exacerbated in recent years by the focus on prevention of migration to Europe, regardless of the consequences. The creation of a hostile environment in Europe and containment in EU and non-EU border and transit countries affect children as well as adults, as the evidence from Greece, Italy, Turkey and Libya demonstrates. Any approach to policy-making or advocacy which tolerates violations for adults while seeking to carve out exemptions for children is doomed to fail because in practice children cannot be protected from the impact of these policies (are the Libyan “authorities” to be supported to carry out a best interest assessment and then place children in their child protection system after their EU-supported coastguard pulls back boats containing adults and children?)

Second, there are reasons linked to the complex identities of the children themselves, including gender and ethnicity. Nearly 90% of the children arriving in Europe to seek protection are boys. It is hard to imagine female children being consistently treated in the same way, even in Europe. Male children however are subject to the reductionist approach that presents all male migrants as a “threat” or undeserving, and this plays out in policy and practice. Ethnicity plays into this as well, particularly as regards detention and deportation.

Children become victims of the general dehumanising narrative. A recent European Migration Network (EMN) report talks about “the scale of unaccompanied minors in Europe” (rather than “numbers of lone children”); a Europol report from last month enters into victim-blaming when it comes to Nigerian children trafficked into Europe, with the main action proposed being to send them back (and therefore leaving them likely to be re-trafficked). There is a generalised suspicion that many adults are presenting themselves as children and of course there are some (although there are far more children who are not accessing their rights). This phenomenon arises because the only way to have a chance to be treated fairly and legally is to be classed as vulnerable.

One of the consequences of the punitive approach within Europe is increasing irregularity, including children refusing to engage with authorities because they are scared of detention, deportation and abuse – with reason. They choose to rely on peer networks or on smugglers. The latter sometimes treat children better than the authorities do but they are most often likely to subject or expose them to terrible harm. While human rights considerations may not always be of interest to policy-makers, the social impact of the very visible presence of destitute migrating children in Europe’s public spaces might spur action (although it might not).

Third, there are also national reasons for the neglect of children on the move. In some Member States, child protection systems are rudimentary at best and sites of abuse at worst; in all Member States there are gaps. In some countries, austerity measures have led to cuts in public services. In others, decisions have been taken to dismantle asylum systems.

Indeed, underlying all of this are political choices, and the fault lies with those making the choices to act or to omit to act, not with the children for their arrival or movement. Simply put, if resources are spent on keeping people out and sending them back, these resources are not being spent on prevention of exploitation of children.

There are actions that the EU can take at three levels: using its legal powers, its convening power and its funding power.

On the legal side, the impact of restrictive measures on children needs to be properly assessed. The 2016 proposals for reform of EU asylum law included important measures to improve the rights of children in asylum systems, including on guardianship, best interest assessments, expansion of the definition of family, right to education, and reduction in the use of detention for children.  However, the overall approach was a punitive and a restrictive one so children would have been worse off on balance.

This reform has timed out but future reforms can avoid such errors. The underlying dysfunction of the allocation system contained in the Dublin Regulation also affects children; they suffer from the inadequate implementation of family reunification and their fear of forced transfer back to countries of first arrival is deterring registration. Ultimately deeper reform is needed, but in the meantime, commitment to temporary “solidarity” mechanisms to mitigate the Dublin rule is needed. Relocation is one such measure and Member States are not meeting their pledges while children languish in detention and or go missing.

For the Commission, focus should be on compliance with the existing rules in accordance with the human rights, as stipulated by the jurisprudence of the European courts. That means support to Member States and sanctions when they violate law, for instance on reception conditions. New legal measures on statistics and data must include provisions that collection and processing of data on children should only be for protection reasons.

The EU also has convening and capacity-building power through EMN and of course through the EU agencies, and particularly EASO. Sharing of good practice, training, and support from some Member States to others on children’s rights are all important. The EU’s ability to play these roles depends – again – on political choices. When DG Home allocates ten times as many resources (in terms of personnel) to return as to children’s rights, and when EASO’s (human) resources switch to returning people to Turkey and away from relocating people, including children, out of hotspots, these are the choices of our political leaders, not to be masked by reference to increased arrivals or by nebulous critiques of “a lack of political will”.

The EU’s funding for asylum and migration is important and more of it should go to child protection including through implementing the Commission’s own Communication on the Protection of Children in Migration.

ECRE recommends that in the proposed Asylum and Migration Fund (AMF) which will be part of the next EU budget (2021-2027), Member States should be obliged to allocate and spend 50% of their funds on the asylum priority in order to deal with deficiencies in asylum system and support protection, including for children; 30% should be allocated to and spent on the integration priority.

In AMIF, the current funding instrument, Member States were obliged to allocate certain percentages to each priority but there was no obligation for spending to follow allocation. This means that some Member States used disproportionate amounts of funding on return, ignoring other needs. The UK, for instance, has put its funds into a large-scale detention and deportation programme.

In addition, a greater percentage of funds should go to local authorities and civil society, including for child protection work. Currently, national programmes run by the Member States absorb 88% of AMIF funding – and they are not choosing to spend enough on supporting children on the move and some are flagrantly violating EU law.

Simplifying funding rules would greatly help those working with children, as would increased funds for early intervention and outreach to allow workers to reach children arriving before they are approached by exploiters. Support to the participation of children and learning from the anti-trafficking sector on victim-survivor-transformer approaches would all be useful in helping to understand the actions, motivations, needs and views of children on the move (with or without family members) which is hard to understand from a sedentary, adult perspective.

Through all its legal, convening and funding measures, the EU must promote the idea of the “firewall” – the clear separation between service provision and immigration enforcement. Those working directly with children have to be able to do their jobs without being complicit in other state policies. On one level this is a humanitarian emergency and humanitarian principles apply. In addition, a key obstacle to children accessing their rights is a lack of trust of the authorities (sometimes rational; sometimes fostered by malign forces around them). Service providers, governmental and non-governmental, must be able to build trust.

Children have arrived alone in Europe for different reasons. Some have escaped conflict or repression, some have been trafficked here, and some have been persuaded to come by the promises of smugglers or by family pressure. Whatever the reason, they are Europe’s responsibility. In theory, almost everyone – politicians and the public alike – accept that responsibility. After all, who could be “against” children or against children’s rights? The problem is that action does not follow and that is due to the policy choices of politicians, not the fault of the “numbers”, “arrivals”, “rates” or of the children themselves.