Central American Migrants Flee Persecution and Economic Crisis, Despite Warning from the US 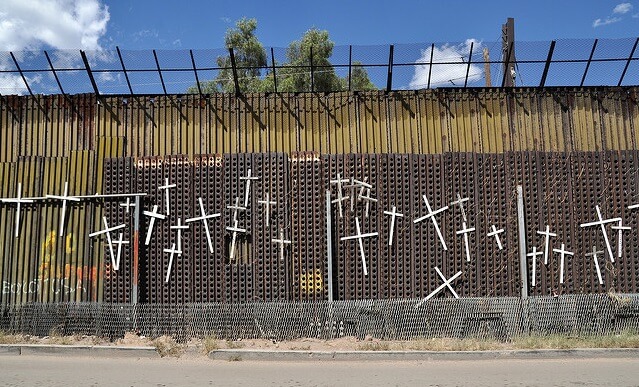 An estimated 4000 – 7000 refugees and migrants have been fleeing on foot from Honduras, through Guatemala and Mexico, and toward the US, in the hope of seeking safety from violence and economic downturn in their home countries. Attempts to reach the US continue despite warnings from US President Donald Trump.

On October 13, a large group of Central Americans, including men, women, families and unaccompanied minors, fleeing poverty, violent crime, gang warfare formed what has labelled a “caravan” in the Honduran city of San Pedro Sula. The group consists mainly of Honduran nationals, with a smaller number also joining from El Salvador, Guatemala and Nicaragua. There is no evidence suggesting the presence of Middle- Eastern refugees that President Trump has alleged. Those joining the ‘caravan’ have said that travelling together provides some protection from the dangers of the journey as well as from the need to pay smugglers and traffickers.

Donald Trump has been tweeting his position since the march began, threatening to cut off aid to central American countries that fail to halt the migrants and to close the US’s southern border, he warned on the October 17 that “Anybody entering the United States illegally will be arrested and detained, prior to being sent back to their country!”

Human rights groups are calling for authorities along the route to respect the migrants right to claim asylum. Erika Guevara-Rosas, Americas Director at Amnesty International, has called for Mexican authorities to avoid taking “a Trump approach treating people like a security threat. These families deserve dignity and respect to ensure that no one is illegally returned to situations where they could risk serious harm due to violence.” The UN refugee agency (UNHCR), has stressed that this group is “likely to include people in real danger”… “In any situation like this it is essential that people have the chance to request asylum and have their international protection needs properly assessed, before any decision on return or deportation is made.” Meanwhile local Mexicans have come out to offer what support they can- handing out water, sandwiches, and other supplies to help support the migrants and refugees.