Weekly Editorial: Bridges over troubled water? An agreement on disembarkation 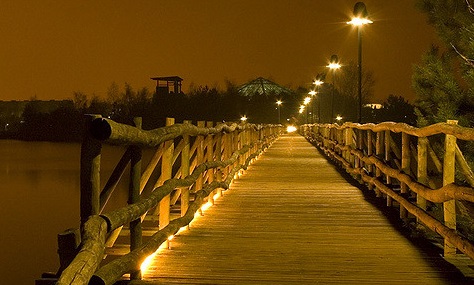 The new political season in Brussels has opened with the political crisis on disembarkation rumbling on for the crisis-weary migration and asylum sector. While enjoying Putin-esque bare-chested holidays, Italian Interior Minister, Matteo Salvini maintained his policy of preventing rescue ships from docking and disembarking in Italy, culminating in an initial refusal to allow the Italian Coastguard to disembark rescued persons from the Diciotti. Public demonstrations in favour of disembarkation were organised across Catania, and politicians spoke out against Salvini, including local Forza Italia politicians and the Italian President again – to no avail. The emergency Brussels meeting bought time but no solution.

During the summer, the European Commission also published two “non-papers” to elaborate on the European Council Conclusions of June, one on “controlled centres” and one on disembarkation cooperation. The Commission facilitating negotiations among Member States is useful, the non-papers less so, serving mainly to turn one (potentially) good idea into two bad ideas.

ECRE’s analysis published this month of the European Council Conclusions, Member State proposals and the Commission non-papers, shows that most versions of the ideas in circulation are illegal, unworkable or politically unfeasible. Or all three.  Although the continued approach of destructive ambiguity often makes it hard to see what exactly is being suggested. For the Commission, the “controlled centres” have become Hotspots Mark II, with added human rights violations – more detention, more return, fewer safeguards on asylum decision-making. Disembarkation platforms focus solely on North Africa (at least in the non-paper), bearing a similarity to the Austrian fantasy options of all disembarkation to take place outside Europe.

The way out of this, instead, is an agreement among European states in two parts: coastal states agreeing on division of responsibility for disembarkation and other states sharing responsibility for disembarked persons. A political agreement and cooperation mechanism will help overcome the fundamental problem of lack of clarity in, and different interpretations (among EU Member States) of, international law in respect to who has responsibility for disembarkation (nearest port? Country of the ship effecting the rescue? Country coordinating rescue? etc) Case by case, ship by ship, states have cooperated but arrangements need to be formalised to avoid political stand-offs and macho posturing every time a ship arrives, while people are left stranded.

As well as the obvious humanitarian consequences, prevention of ships docking are high-profile and mediatised events, damaging European cooperation with North Africa and the rest of the African continent – cooperation which is essential to European migration policy. Letting people drown or pushing them back into Libya doesn’t do much for cooperation either. With reports of merchant ships refusing to rescue people due to port closures, the fundamental principles of international maritime law are at stake, presumably of some relevance to Europe’s maritime nations.

Cooperation with North Africa could be part of the agreement, and meetings of all Mediterranean countries have to continue – all coastal states have SAR responsibilities and migration across the Mediterranean is a longstanding phenomenon, with interests on all sides. What has become obvious is that EU efforts to palm off all responsibilities onto North Africa have the opposite effect: they destroy trust and make any responsibility sharing impossible. Cooperation with North Africa should only be based on long-term measures to build up SAR and asylum systems; currently no country in that region is a place of safety for the purposes of international law and no European ships should be disembarking there (and some forms of cooperation with coastguards in the region entail complicity in human rights violations.)

The public and private statements of the countries of North Africa make clear – yet again – that the EU cannot buy cooperation on migration control. It does not have enough to offer and these countries are astute manipulators of Europe’s migration panic. The only places where the tactic works are Turkey and the Balkans, the former due to multiple political benefits of having the EU beholden to it and the latter due to the incentives of eventual accession to the EU. But it’s not possible to send all new arrivals to Albania.

This takes us back to the main conclusions from recent events. First, a European agreement and European assumption of responsibilities for disembarkation is a pre-condition for the involvement of other states.

Second, trying to reach an agreement of the EU28 is out of the question, and fortunately negotiations have moved to smaller coalitions of the realistic Member States who accept that migration is not the end of the world and that Europe has to play a role in providing protection to refugees (plus Austria because it holds the EU Presidency).

Third, while in the absence of fundamental reforms, a series of interim political agreements will be needed, in the background, the work of creating a more effective and more collective European asylum system has to continue. That is partly about practical and operational matters, and partly about the legal principles underlying the Common European Asylum System. While Salvini’s actions are abhorrent, the underlying grievances he exploits are valid. The Dublin system is unfair and the Italian electorate knows this. By refusing to address this – indeed proposing CEAS reform designed somewhere between Berlin and Den Haag that actually increases responsibilities of the countries of first arrival – the Commission and northern European leaders are reaping what they have sown in this Italian government, which is blackmailing the rest into accepting solidarity with its (promised) disembarkation showdown. All avoidable and very risky: while the EU might survive extreme nationalists in power in Hungary, and even Austria, Italy is a different matter.

Overall, this political season marks the time to move on from appeasing the extremists. The EU’s strategy, embodied in the CEAS reform proposal, migration deals, and failed Partnership Framework, was based on the idea that if only refugees and migrants can be prevented from arriving, then everything will be okay: extreme nationalists will lose momentum, everything will return to normal and the EU will be saved. But even though the number of people arriving has been dramatically reduced (at great human cost given that most were refugees) the extremist forces have simply been emboldened and strengthened. Trying to assuage these forces on migration is a road to nowhere because their real agendas are other – anti-EU, anti-human rights, anti-democracy, personal enrichment in some cases – and they are just getting started. In some cases, political developments and positioning, particularly in Austria, show that this is not about stopping arrivals of “illegal” persons but about purging Europe of all foreigners. They like to live in perpetual migration crisis.

On the disembarkation question political agreements are needed and on the challenges that will follow over the next political year, a change of direction and a bold commitment to follow a new course, to be followed by all those willing, with the rest left behind. It is not impossible to have a functioning asylum system in Europe; all the time and resources invested in fantasy “solutions”, from returning millions of people to outsourcing to forever unwilling “partner” countries, should be redirected into working on realistic asylum and migration policy. Work around the extremists not for them; anything else is self-defeating.