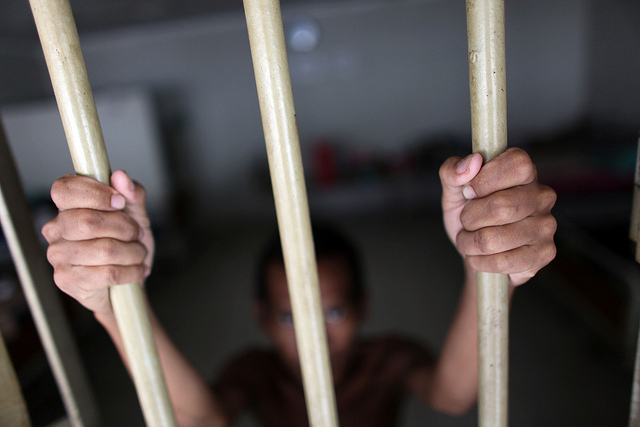 This AIDA comparative report analyses policies and practices of detention of asylum seekers in European countries, which occur through the blurring of the boundaries between reception and deprivation of liberty. On the basis of this report, ECRE makes several recommendations to the EU and member states.

The detention of people seeking protection is a common aspect of asylum systems, despite evidence of its damaging effects on individuals and limited success in regulating the movement of people. More critically, it is a highly opaque phenomenon. Places of detention are underpinned by varying and creative terminology from one country to another, while data on the scale of detention is scarce, complex and in constant need of qualification and explanation.

Practices which allow states to sidestep their international and EU law responsibilities stem from ambiguities in legal frameworks, often driven by deliberate policy choices. States may have different reasons for maintaining the lack of clarity between reception and detention. They may seek to bypass the prescriptive standards of refugee and human rights law when depriving those seeking asylum of their liberty to expose them to particularly precarious situations, or simply for administrative convenience. States may also see an interest in downplaying the scale of coercive measures in their asylum systems through inaccuracy of misrepresentation in statistics.

Drawing on a comparative analysis of national legal frameworks and practice in the 23 European countries covered by AIDA, ECRE makes four recommendations.

Firstly, European countries should eliminate any fictitious designation of transit zones or other facilities at the border as not being part of their national territory, according to their national law, in line with European Court of Human Rights jurisprudence and the territorial scope of the recast EU Asylum Procedures and Reception Conditions Directives.

Secondly, where they prevent asylum seekers from leaving transit zones or other border facilities, European countries should legally qualify those measures as deprivation of liberty.

Thirdly, The Council and European Parliament should clarify in the reform of the recast Reception Conditions Directive that stay in a transit zone or border facility amounts to deprivation of liberty when the applicant is not allowed to freely enter and exit the facility into the territory.

Finally, where European countries resort to restrictions on freedom of movement or deprivation of liberty, in accordance with domestic law and human rights law requirements they should: conduct an individualised assessment of each case to establish necessity and proportionality; consider the use of alternatives to detention; communicate a duly motivated detention decision to the individual; specify the modalities of effective remedy before a court; eliminate restrictions upon access of legal representatives, UNHCR and specialised civil society organisations- including guaranteeing access to phones and other communication methods and respecting the confidentiality of contacts.