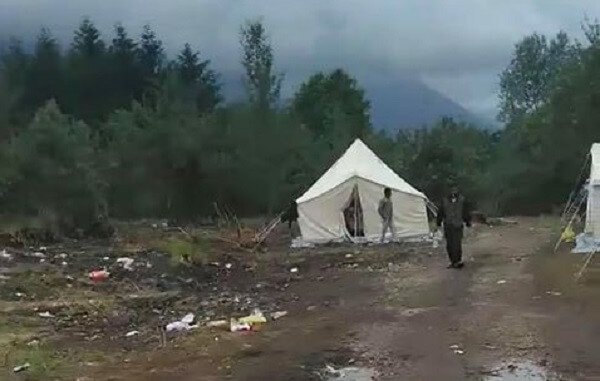 On December 11 authorities in Bosnia-Herzegovina carried out operations to remove between 600 and 700 people from the Vucjak camp near the countries northern border with Croatia. The removal follows widespread criticism of the inhumane conditions in the camp including by Council of Europe Commissioner for Human Rights Dunja Mijatovic

In an operation involving 100 police officers and 15 buses the former inhabitants of the Vucjak camp have been transferred to temporary accommodation in Usivak near the capital Sarajevo.  They will be relocated to spend the winter in the former barracks of Blazuj where the first 300 have already arrived. According to a spokesperson of the canton of Sarajevo the operation was carried out without difficulties or incidents but media had no access to the site.

The Vucjak camp, established in June is surrounded by landmines left over from the wars of the nineties, and the conditions poses significant health and safety risks with people left in makeshift tents without heating in temperatures falling below zero at night. After a visit in the camp in early December Europe Commissioner for Human Rights Dunja Mijatovic stated: “If we don’t close the camp today, tomorrow, people will start dying here.” Mijatovic welcomed the closure of Vucjak and thanked the NGOs and volunteers who had provided assistance in the camp during its existence.