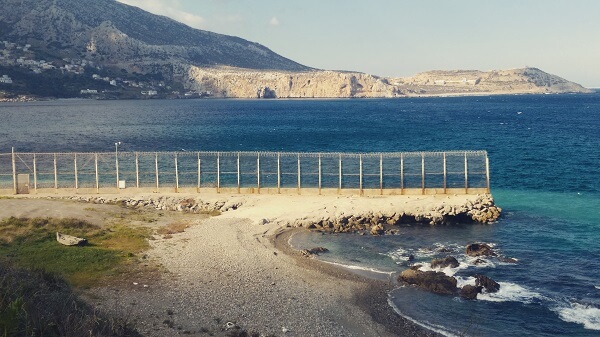 Read the full version of this blog by Stavros Papageorgopoulos, Legal Officer and EDAL Coordinator (ECRE), on the European Database of Asylum Law (EDAL) managed by ECRE.

Two weeks ago, Strasbourg saw the latest jurisprudential addition to its limited body of case law on collective expulsion of aliens. On 13 February 2020, the Grand Chamber of the European Court of Human Rights (ECtHR) delivered its judgment in the case of N.D. and N.T. v. Spain concerning the expulsion of two third-country nationals who were apprehended after climbing the Melilla fence and were summarily returned to Morocco.

Despite the Third Section’s 2017 finding, the Grand Chamber did not find a violation of Article 4 Protocol 4 (A4P4) to the European Convention on Human Rights (ECHR), prohibiting the collective expulsion of aliens.  While the Grand Chamber recognised the expulsion of the applicants to Morocco, it found that the applicants chose to enter Spain as a group, taking advantage of their large numbers and using force. They could have instead chosen to “[…] make use of the existing legal procedures for gaining lawful entry […]”. It was these factors that justified the lack of individualised decisions of their removal taken by the Spanish authorities (231).

The judges seem to follow a highly contextual line that puts individual conduct and border management at the centre of a reasoning that may be seen as too stern – or even punitive – for a human rights court. Indeed, the judgment cannot be read without concerns regarding its repercussions on Europe’s controversial border practices, or on A4P4 litigation, which has been increasingly active over the past decade (Gatta, Migration and the Rule of Law, p. 114). Similarly, its ambiguities may open the doors to perverse interpretations, as noted by the European Centre for Constitutional and Human Rights, and intense criticism, which has been expressed both domestically and internationally. However, an isolated analysis of its text outside the wider body of A4P4 jurisprudence, and the context in which the Court operates in, could lead to conclusions that would better serve media panic and governmental attempts to present the judgment as a justification of non-entrée policies. Likewise, a careful examination of the specific factors that the Grand Chamber considered before reversing the Section’s ruling may be helpful against the disappointment experienced by those who saw the Court as a guardian of rule of law in Europe and border litigation as a strong weapon against the unchecked externalisation of migration. Lastly, the general reform of the Convention system is particularly relevant in the analysis of this judgment’s reasoning, especially as Protocol 15 will soon enter into force, which will elevate the principle of subsidiarity and margin of appreciation to Convention doctrines.

From Čonka to N.D and N.T.: Collective expulsion of aliens in the Court’s history

The travaux préparatoires of Protocol 4 show that the issue of collective expulsion of aliens introduced by Article 4 proved to be an (unsurprisingly) controversial point of negotiation. The initial formation of this Article did not include a prohibition but focused on lawfully residing aliens and the conditions under which they can be expelled. The Committee of Experts rejected the suggested formation and introduced the general and clear prohibition as we know it today and which is in force since 1968. […]