Balkans: Continued Pushbacks and the Formation of a Paramilitary Practice at the Southern Borders 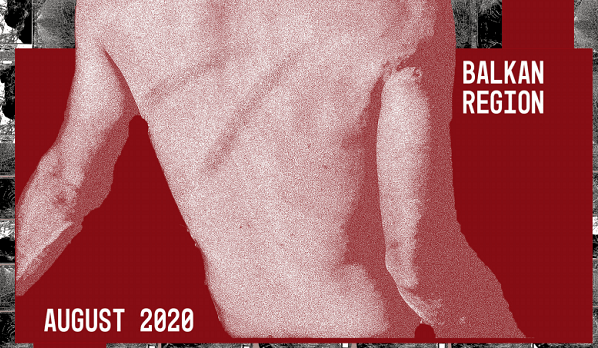 The Border Violence Monitoring Network (BVMN) published its monthly report for August, highlighting 34 cases of illegal pushbacks. The report compiles the experience of 692 people whose rights were violated at the EU’s external border. In reality, this number might be higher, given that, due to COVID restrictions and evolving government tactics, there are less international observers on the ground to report on these events.

The report highlights the situation in Greece, where testimonies coming from the Evros indicate the involvement of third country nationals, by the Greek authorities, to facilitate pushbacks across the Evros/Meric River over the last two months. Additionally, a visual investigation has demonstrated that maritime pushbacks are continuing in the Aegean.

Extensive collaboration between Czech and North Macedonian authorities on ‘guarding the southern Macedonian border’ with Greece seems to generate an increase in violent pushbacks (18 reported in 2020) and an increase in the involvement of Czech officers (roughly 40%) in these pushbacks. Several accounts underline the involvement of Czech officers in gratuitous acts of violence and human rights violations. Additionally, there is a noticeable trend of foreign – European – men, often lacking insignia, being involved in the beating, torture and humiliation of people on the move.

There are also continued reports of ‘chain’ pushbacks from the Trieste area of Italy towards Bosnia-Herzegovina, which continue to be legitimized by the Italian state. Even though the testimonies account for little physical violence by Italian authorities, many of them describe inhuman treatment further in the chain. Notably, Croatian authorities seem to be involved in practices of violence and inhumane treatment, one story describing people being hit with “black police batons wrapped with barbed wire wrapped around [them]”, while somebody else said to be left, during his detention period, “between 18 and 20 hours without food”.

Finally, the reports registered some new developments in both Bosnia’s Una-Sana Canton and Serbia’s Vojvodina region. In Subotica, there are accounts of police authorities having evicted people on the move from abandoned buildings and sealing them off with bricks, just before the arrival of the winter. In the Una Sana Canton, there has been an uptick in local community violence towards people on the move.