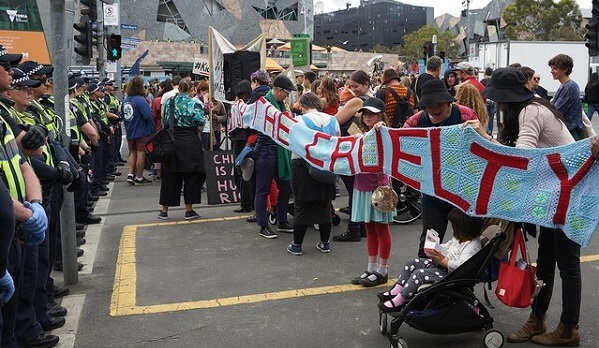 In a letter, the International Criminal Court (ICC) communicated that Australia’s offshore detention regime amounts to “cruel, inhuman, or degrading treatment” and is thus unlawful under international law, but will not prosecute the Australian government.

The prosecutor’s office of the ICC found that some of the conditions of detention and treatment of refugees and asylum-seekers in the processing centres on Nauru and on Manus Island constitute “the underlying act of imprisonment or other severe deprivations of physical liberty under Article 7(1)(e)” of the Rome Statue that defines crimes against humanity. But the case falls outside the ICC’s jurisdiction and does not demonstrate the “contextual elements” to warrant further investigation, the office states

Australian independent MP, Andrew Wilkie, first contacted the ICC in 2014, claiming that then prime minister Tony Abbott was breaching international law by engaging in imprisonment, deportation and forcible transfer of a population. Since then, Wilkie provided the ICC with evidence of deaths in detention through murder and neglect, indefinite detention of children, forced family separation and rape, sexual abuse, self-harm and child abuse. He states that despite no further investigation of the ICC “recent developments in the government’s asylum seeker policies have opened up new avenues for further investigation and I am currently seeking legal advice as to the next step forward.”

The Australian government runs offshore detention centres on the Pacific Islands Nauru and Manus Island to process asylum applications. Some asylum-seekers have been there for 5 years, with minimal information on their cases and how long they will remain detained. Today, there are still 230 refugees and asylum-seekers on Nauru, and about 180 on Manus Island, some of them undergoing the process for resettlement in America.