Australia: Landmark “Medevac” Bill Passed in Parliament, But not without Backlash 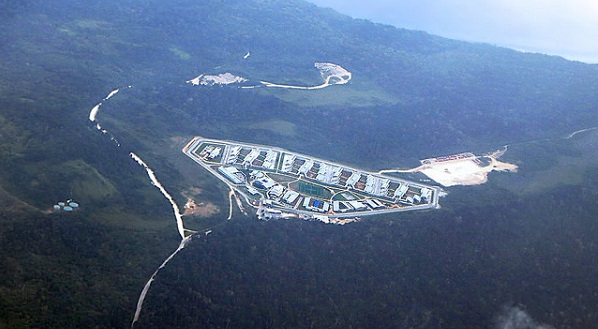 The Australian government has suffered a historic defeat, as parliament voted on Monday to pass a bill that will make it easier for doctors to evacuate critically ill refugees from offshore processing centers on Manus and Nauru Island. However, in the same week, Prime Minister Scott Morrison has said the government will reopen the Christmas Island detention centre in the Indian Ocean.

Australia’s ruling Liberal government lost its first substantive vote on the floor of the House of Representatives since 1929, after Labour and the crossbench MPs supported a bill that will give doctors more power to recommend medical transfers of refugees and asylum-seekers confined to off-shore centres on the islands of Nauru and Manus. Having witnessed numerous suicide attempts, untreated illnesses, and cases of resignation syndrome within children, medical professionals said in November the health situation in these facilities was “beyond desperate.”

Despite receiving widespread attention and condemnation by some as a risk to national security, in fact the bill is limited in scope- it will reportedly only apply to some 1,000 people who are already on the two islands, but not to any new people arriving by boat. Nor will it mean that those deemed in need of transfer will be free from detention- the legislation says that “any transitory person who is brought to Australia for a temporary purpose must be kept in immigration detention while in Australia”.

The bill was passed in Australia’s lower house by a vote of 75 to 74. Labor leader Bill Shorten said ensuring that people in offshore detention had access to proper medical treatment was a test of national character; “It is about how we treat sick people in our care.” Liberal Scott Morrison argued that the bill would increase the number of deaths at sea by encouraging people to try to reach Australia by boat; “My job now is to do everything within my power, and the power of the government, to ensure that what the Parliament has done to weaken our borders does not result in boats coming to Australia”.

Claiming that the change would bring an increase in refugees and asylum seekers to Australian territory, Morrison announced on Wednesday the reopening of the offshore Christmas Island detention facilities in the Indian Ocean, both to deal with the prospect of arrivals as well as the prospect of transfers. The facilities that had previously held thousands of people and had been the scene of numerous violent protests by detainees complaining of harsh conditions was shut down last year. Shadow immigration minister Shayne Neumann argued that the “ridiculous decision to open the Christmas Island detention centre is a hysterical and unhinged response from a desperate and dishonest prime minister”.