Atlantic Route: Arrivals in Canary Islands Continue to Rise, more than 1,000 People Cramped at Arguineguín Pier, Children Separated from their Parents for Months in Order to Prove Kinship 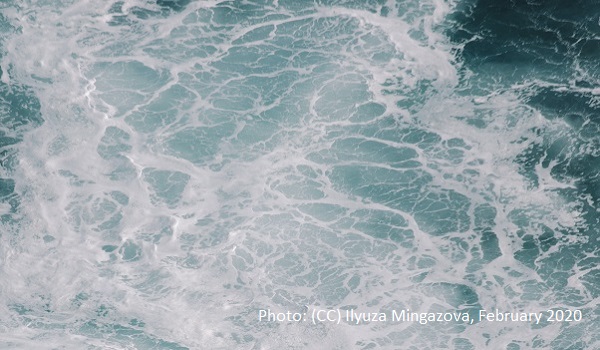 Arrivals in the Canary Islands continued to rise with more than 2,100 people who have disembarked in the first half of October. About 1,000 people are staying at the pier of Arguineguín, Gran Canaria, waiting for COVID-19 testing results that are a precondition for being transferred to reception facilities. Children have been separated from their families in order to prove kinship and prevent trafficking, in a lengthy process now under review.

Traffic via the dangerous Atlantic Route continued to rise with more than 2,169 people arriving in the Canary Islands on small boats and dinghies in the first half of October. This represents a daily average of 144 arrivals, compared to a daily average of 29 for all of 2020. The past ten days have seen a further increase, with several days recording more than 300 people arriving. On Tuesday alone, 375 survivors from about twenty different boats reached the Canary Islands after being rescued at sea by Spanish authorities and a merchant vessel. A body was retrieved and brought to Las Palmas for an autopsy.

The islands continue to lack accommodation capacity and transfers to the mainland don’t keep pace with the pace arrivals. In the night of Tuesday 20 October, more than 1,000 people, including several children, were reportedly staying at the pier of Arguineguín where initial registration with authorities and health checks, including COVID-19 testing, take place. The emergency tents provided by the Red Cross were not sufficient to host everyone and several hundred people remained without shelter for the night. According to Ángel Víctor Torres, President of the Canary Islands, two military sites and a warehouse are being equipped to provide additional emergency accommodation in Gran Canaria. It is also reported that the Government Delegation in the Canary Islands plans to charter a ship at the port of Las Palmas in order to provide emergency accommodation for the duration of health and security checks. The extra capacity is expected to be available within the upcoming two weeks. Román Rodríguez, Vice President of the Canary Islands, called on European governments for urgent action and relocation as the islands’ reception capacities would reach their limits. The Canary Islands would not accept to become another Lesvos or Lampedusa, he emphasized on twitter.

The Spanish newspaper El Diario reports that a two-year old child was separated from its mother when arriving at the registration point at Arguineguín pier. The toddler was transferred to a centre for unaccompanied minors to await DNA testing results following the order by Las Palmas Prosecutor’s Office on verifying parenthood and preventing potential child trafficking. However, the separation was prematurely revoked because the toddler suffered from anxiety and insomnia and stopped eating in absence of its mother. The procedure was reportedly used in five other cases within the past week in Gran Canaria. In six cases of separation that occurred in Fuerteventura in August, kinship was finally confirmed on October 16. By October 20, reunion of the children aged two to ten with their parents had not yet taken place. The collective Caminando Fronteras reports of cases of separation that lasted up to six months. Often, very young children are involved, in one case the mother was still breastfeeding. Senior prosecutor of the Canary Islands, Luis del Río, confirmed that the procedure is currently reviewed.