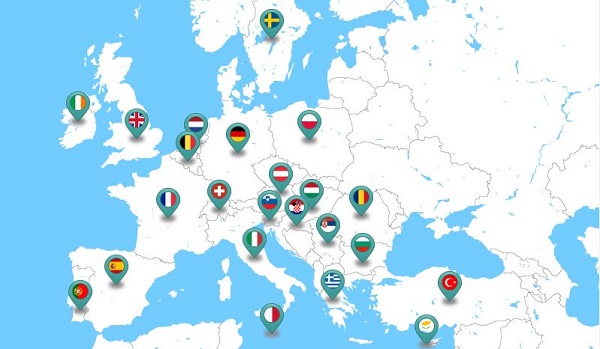 The Asylum Information Database (AIDA) is a database managed by the European Council on Refugees and Exiles (ECRE), containing up-to-date and comprehensive information on asylum procedures, reception conditions, detention and the content of international protection across 23 European countries. ECRE has now concluded the cycle of updating the country reports to cover the year 2019. Despite the challenging circumstances under which many of our national experts had to deliver this year’s update, we collectively managed to achieve the objective of providing accurate and quality information on asylum systems in Europe. The database is widely relied upon by European and national policy makers, legal practitioners and Courts, for example, the European Commission uses it in its monitoring activities as does EASO for its annual reports.

The evidence collected through AIDA confirms the worrying trend of violations of human rights of people in need of protection both at the internal and external borders of Europe. It indicates a further restriction of rights in national legal systems and practice, raising serious questions as to compliance with EU law.

Access to the asylum procedure continues to be a concern in the large majority of European countries, and an increase in “push backs” (collective expulsions) has been reported in more than half the countries covered. These affect thousands of persons in need of protection and violate the right to asylum and the fundamental principle of non-refoulement, as enshrined in EU and international law. These incidents not only occur at both sides of the external borders of certain European countries (Bulgaria, Hungary, Poland, Cyprus, Spain, Croatia, Turkey, Romania, Serbia, Greece and Italy), but also at internal borders with other EU Member States. The lack of vulnerability assessments, the increased level of violence and the disproportionate use of force by law enforcement authorities at borders have also been widely documented throughout the year, in particular in the Western Balkan region.

The Asylum Lottery – problems in decision-making

Decision-making across Europe continues to be an “asylum lottery”: a person’s chances of obtaining protection and the type of protection granted vary dramatically depending on the country examining their claim. Some countries’ decision-making is marred by gaps in quality which expose individuals to risks of refoulement. There is no evidence that the discrepancies can be explained by objective differences in caseloads (i.e. characteristics of the individual cases), and in any case, the divergence is so large that such factors could only ever constitute a partial explanation. According to Eurostat, first instance recognition rates for Afghans in 2019 ranged from 93.8% in Italy to 4.1% in Bulgaria. In between lies a spectrum covering the Netherlands (24.6%), Belgium (32.2%), Sweden (37.7%), Germany (44.4%) and Greece (72.5%). For Iraqis recognition rates varied from 66.8% in France and 67.5% in Greece to 8.3% in Denmark, 17.2% in Sweden and 21.6% in Finland.

As in previous years, legislative changes have been introduced that generally reduce access to a fair and efficient asylum procedure. Many of the countries in the database further implemented a more restrictive asylum policy, and important legislative changes to this end occurred inter alia in Austria, Germany, Cyprus, the Netherlands, Spain, Switzerland, Sweden, Turkey and Greece. Changes are often characterised by reduced procedural guarantees such as limiting access to legal assistance, expanding the grounds for detention, or more removing steps before resorting to deportation, meaning that an applicant’s protection needs are not been carefully examined. On the other hand, the Swiss asylum system which was completely restructured in March 2019 with the aim of shortening the length of asylum procedures, has seen new safeguards introduced, in particular access to free legal counselling and legal representation at first instance.

More than one third of country updates (Slovenia, Netherlands, Belgium, Spain, Croatia, Ireland, Greece, Italy) reported an increased backlog of pending cases and increased length in the average time of an asylum procedure with very long delays in inter alia Greece, the Netherlands and Belgium (specifically for the registration of applications). In Sweden and Switzerland, on the other hand, the length of the asylum procedure decreased. This mainly results from the decrease in the number of applications and pending cases in Sweden and from the asylum reform in Switzerland.

In at least 10 countries covered by AIDA, the reception network did not have enough capacity to properly accommodate asylum seekers, who continue to be confronted with deficient and inadequate reception systems or to face outright destitution in Europe. This occurred inter alia in Slovenia, the Netherlands, France, Belgium, Spain, Malta, Portugal, Ireland, Greece and Turkey. In Italy, the lack of access to reception was not related to an absence of places but was due to difficulties in the registration of the asylum applicants. At the other end of the spectrum, countries such as Bulgaria and Hungary were operating at very low capacity. In Hungary, reception facilities were not efficiently used as most asylum applicants were detained in the transit zones.

In half the countries, worrying evolutions in the use of detention were reported. This includes increasing detention capacity (e.g. Belgium, Sweden, Turkey); excessively resorting to detention inter alia by expanding the grounds for detention (e.g. Greece, Germany, Malta, Portugal, Turkey); and increasing the length of detention (e.g. Greece, Bulgaria, Malta, France, Poland). The use of de facto detention, leaving people in limbo without procedural guarantees, has also been reported, including in Hungary, Slovenia, Malta, France and Germany. In Portugal the Concluding Observations of the United Nations Committee on the Rights of the Child and the Committee Against Torture expressed concern about the excessive use of detention, the lack of individualised assessments, and the detention of children. While Greece showed a decrease in the overall number of people in detention, there has been an increase in the number of asylum applicants in detention.

Beneficiaries of international protection also continued to face an array of legal and practical obstacles which prevent them from effectively exercise their rights as status holders, thus delaying their integration in several countries. Lack of access to accommodation and homelessness were widely documented (e.g. Greece, Netherlands, Belgium, France, Ireland, Poland, Turkey). The lack of integration programmes was also reported in several countries, including Hungary and Serbia, while Bulgaria marked its sixth consecutive year of the national “zero integration” policy.

An increased focus on cessation and withdrawal procedures which aim to terminate protection was reported in Austria, Bulgaria, Portugal and Romania, including for Afghan applicants (e.g. Austria) and on the basis of cessation grounds that seem to go beyond those foreseen by the EU asylum acquis (e.g. Bulgaria). Obstacles to family reunification, resulting inter alia from administrative delays, a lack of coordination amongst relevant authorities, and increased evidentiary requirements were reported in countries including Greece, Germany, Netherlands and the United Kingdom. In Sweden, the ban on family reunification for beneficiaries of the subsidiary protection has finally been lifted in 2019 as a result of litigation efforts, but the previous issues relating to time limits to process applications for family reunification led the European Commission to launch an infringement procedure through a letter of formal notice of 17 July 2019.

The 23 country reports, of which 19 are for EU member states, show that a fair and efficient asylum system, compliant with human rights, remains an unmet objective. Human rights violations occur particularly frequently at Europe’s internal and external borders. The new Asylum and Migration Pact should be used to secure the right to asylum in Europe and lay the groundwork for a rational migration policy. For the Pact to focus on making asylum work in Europe requires compliance with existing asylum law, not reform (with the exception of the Dublin Regulation where reform is essential). The most recent update thus confirms the continued existence of key implementation gaps which should be addressed as a matter of urgency: inadequate reception provision; barriers to registration; lack of special procedural guarantees; the “asylum lottery” resulting from poor decision-making; and harmful and inefficient use of Dublin. Let the focus be on addressing these challenges.

Country reports on the year 2019