Alarm Phone: Ever-changing Travel Routes in the Western Med – the Move to the South and the East 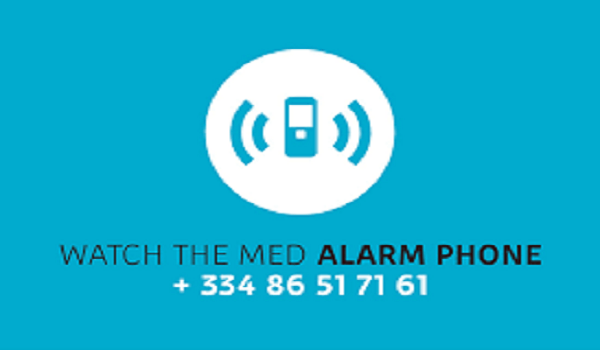 In the latest issue of its Western Mediterranean Regional Analysis, the NGO hotline Alarm Phone reports on “another turbulent four months of crossings, political developments and daily struggles against the European border system in the Western Med”. The report covers developments between 1 June and 30 September 2020 and pays special attention to the shift in migration routes, the situation across different regions in Morocco, and Spain’s migration policy.

People continue to leave from Moroccan shores. However, successful crossings from the north of the country have become very difficult due to increasing interceptions and returns by the Moroccan Navy. This needs to be considered when looking at a significant shift in migration routes towards the East and the South that took place in the reporting period. While the number of arrivals in the Spanish mainland and in the Balearic Islands from Morocco decreased, more people were arriving from Algeria. Between January and August, 41% of all arrivals to Spain where Algerian nationals. However, their chances to remain are low, and most are deported. Another change is the surge in arrivals in the Canary Islands which represents a shift in migration routes to the south. In the reporting period, most people who arrived in the Canary Islands embarked from Western Sahara. Others are travelling from Mauritania, Senegal and The Gambia, which stretches the dangerous journey even farther. In October, arrivals to the Canary Islands continued to surge, making 2020 the year with the highest number in arrivals since 2007.

Across different regions in Morocco, Alarm Phone witnessed the hardships people on the move face due to COVID-19 confinements, miserable living conditions, deportations, and increased securitisation. While general police presence in Tangier declined in the reporting period, evictions and deportations that involved men, women, and children continued. In July, a man reportedly died after a violent arrest in the woods close to Tangier. In the forests near Nador, where people wait for their chance to cross the Alborán Sea or Melilla’s fence, living conditions continue to be poor and access to food has become even more difficult with COVID-19 restrictions. Meanwhile, the health crisis has led to economic hardships among the local population, too, and an increasing number has attempted to leave for Spain. Within recent months, the Moroccan-Algerian border close to Oujda has been further militarised. People intercepted across the country are frequently brought to the area and left destitute. Reportedly, there is a growing number of homeless minors living in the streets of Oujda. Alarm Phone follows eleven cases of people who are charged with illegal entry to Moroccan territory and face up to three years in prisons. Currently, the accused are imprisoned in Oujda, Berkane and Zaio.

Externalisation of borders continues to play a central role in Spanish migration policy. The government’s financial support to migrant sending countries such as Morocco, Guinea, Mali, Ivory Coast and The Gambia has significantly increased and aims at curbing irregular migration. Search and rescue responsibilities were increasingly assumed by military forces instead of the experienced coastguard and according to Alarm Phone, inadequate coordination between different actors led to dangerous situations for people in distress. Eight detention centres were reopened on 24 September after being closed for five months due to COVID-19.