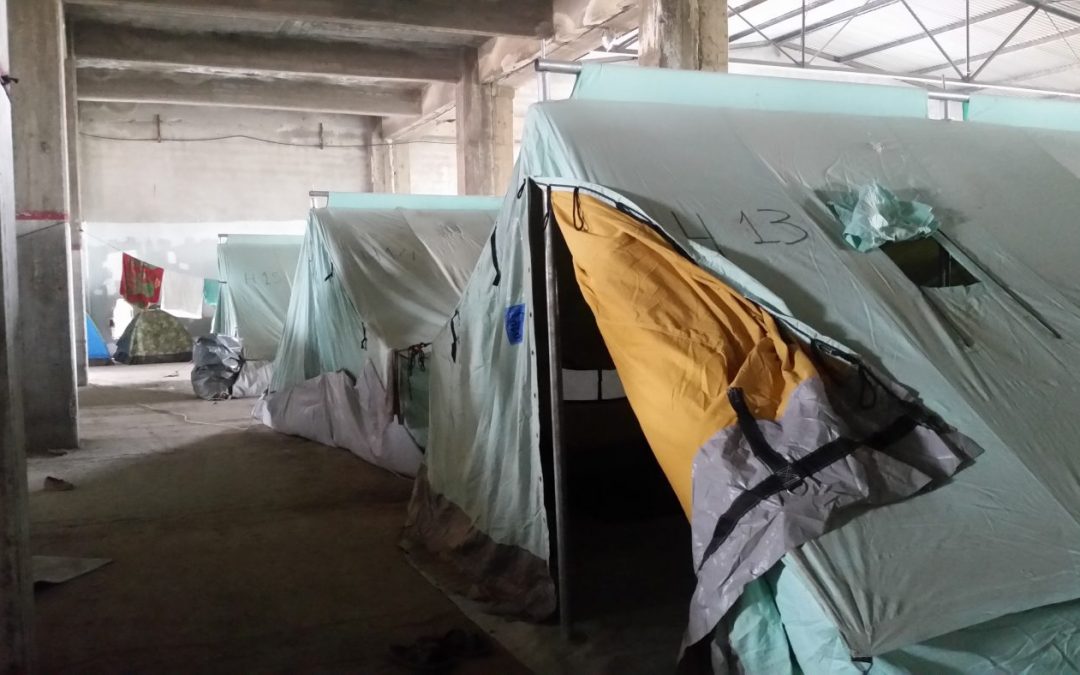 The updated country report on Greece provides a thorough analysis of the transformation of the Greek asylum system in the light of the closure of the Western Balkan route and the EU-Turkey statement. The report offers detailed statistics and practical insights into the workings of the asylum procedure, reception and detention of asylum seekers, as well as content of international protection.

Substantial asylum reforms, many of which driven by the implementation of the EU-Turkey statement, took place in 2016. Law (L) 4375/2016, adopted in April 2016 and transposing the recast Asylum Procedures Directive into Greek law, was subsequently amended in June 2016 and March 2017, while a draft law transposing the recast Reception Conditions Directive has not been adopted yet.

The impact of the EU-Turkey statement has been a de facto divide in the asylum procedures applied in Greece. Asylum seekers arriving after 20 March 2016 are subject to a fast-track border procedure and excluded from relocation in practice.

Appeals Committees reform: The composition of the Appeals Committees competent for examining appeals was modified by a June 2016 amendment to the April 2016 law, following reported EU pressure on Greece to respond to an overwhelming majority of decisions rebutting the presumption that Turkey is a “safe third country” or “first country of asylum” for asylum seekers. The June 2016 reform also deleted a previous possibility for the appellant to obtain an oral hearing before the Appeals Committees upon request. Applications for annulment have been submitted before the Council of State, invoking inter alia issues with regard to the constitutionality of the amendment. A recent reform in March 2017 enabled EASO staff to assist the Appeals Committees in the examination of appeals, despite criticism from civil society organisations. Since the operation of the (new) Appeals Committees on 21 July and until 31 December 2016, the recognition rate of international protection is no more than 0.4%. This may be an alarming finding as to the operation of an efficient and fair asylum procedure in Greece. Respectively, by 19 February 2017, 21 decisions on admissibility had been issued by the new Appeals Committees. As far as GCR is aware, all 21 decisions of the new Appeals Committees have confirmed the first-instance inadmissibility decision.

Reception capacity:  Despite the commitment of the Greek authorities to meet a target of 2,500 reception places dedicated to asylum seekers under the coordination of the National Centre for Social Solidarity (EKKA) by the end of 2014, this number has not been reached to date. As of January 2017, a total 1,896 places were available in 64 reception facilities mainly run by NGOs, out of which 1,312 are dedicated to unaccompanied children. As of 13 January 2017, 1,312 unaccompanied children were accommodated in long-term and transit shelters, while 1,301 unaccompanied children were waiting for a place. Out of the unaccompanied children on the waitlist, 277 were in closed reception facilities (RIC) and 18 detained in police stations under “protective custody”. A number of 20,000 accommodation places were gradually made available under a UNHCR accommodation scheme dedicated initially to relocation candidates and since July 2016 extended also to Dublin family reunification candidates and applicants belonging to vulnerable groups.

Temporary accommodation sites: A number of temporary accommodation places were created on the mainland in order to address the pressing needs created after the imposition of border restrictions. However, the majority of these places consists of encampments and the conditions in temporary facilities on the mainland have been sharply criticised, as of the widely varying and often inadequate standards prevailing, both in terms of material conditions and security.

Automatic detention policy: Following a change of policy announced at the beginning of 2015, the numbers of detained people have been reduced significantly during 2015. The launch of the implementation of the EU-Turkey Statement has had an important impact on detention, resulting in a significant toughening of detention policy and the establishment of blanket detention of all newly arrived third-country nationals after 20 March 2016, followed by the imposition of an obligation to remain on the island, known as “geographical restriction”.

Detention on “law-breaking conduct” grounds: A Police Circular issued on 18 June 2016 provided that third-country nationals residing on the islands with “law-breaking conduct” (παραβατική συμπεριφορά), will be transferred, on the basis of a decision of the local Director of the Police, approved by the Directorate of the Police, to pre-removal detention centers in the mainland where they will remain detained. Serious objections as raised as to whether in this case the administrative measure of immigration detention is used with a view to circumventing procedural safeguards established by criminal law. Moreover, GCR findings on-site do not confirm allegations of “law-breaking conduct” in the vast majority of the cases. A total 1,626 people had been transferred to mainland detention centres by the end of 2016.

Humanitarian status for old procedure backlog: Article 22 L 4375/2016 provides that appellants who have lodged their asylum applications up to five years before the entry into force of L 4375/2016 (3 April 2016), and their examination is pending before the Backlog Committees, shall be granted a two-years residence status on humanitarian grounds, which can be renewed. Appellants granted with residence status on humanitarian grounds have the right to ask within two months from the notification of the decision for their asylum application to be examined in view of fulfilling the requirements international protection. Under Article 22 L 4375/2016, a total 4,935 decisions granting humanitarian residence permits have been issued by the end of 2016.