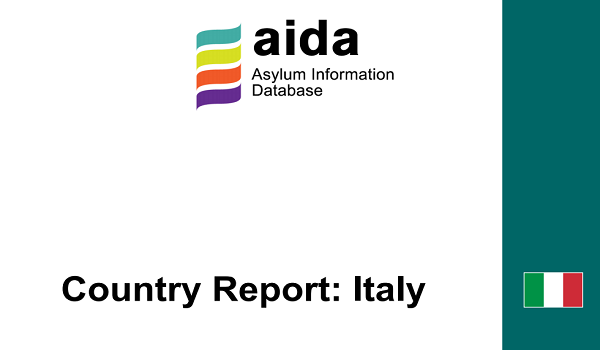 The updated AIDA Country Report on Italy tracks recent developments in the area of asylum procedures, reception conditions, detention of asylum seekers and content of international protection in 2020.

In 2020, 26,963 persons applied for asylum in Italy. This is a sharp decrease compared to 2019, when 43,783 persons applied. Due to the outbreak of Covid-19, the Italian Government adopted temporary measures, affecting asylum procedures. People arriving in Italy were subject to fiduciary isolation for a period of 10 days, following which they were entitled to access reception facilities for asylum seekers. This period of quarantine was often carried out on ships or in facilities located at the borders, under deplorable conditions. In some cases, the quarantine was extended due to contacts with people infected with COVID-19 accommodated in the same buildings or ships.

Access to the territory was severely hindered in 2020. A decree issued on 7 April 2020 declared Italian ports unsafe aiming at safeguarding the functionality of national health structures and containing the spread of the coronavirus. According to a study published by the Chamber of Deputies, it ceased effects on 30 July 2020. Indirect refoulement to Libya and privatised pushbacks were still reported in 2020. In February 2020, the Memorandum of Understanding between Italy and Libya was renewed. According to the agreement, Italy undertakes continued financial support for training courses and equipment, the Libyan coast guard of the Ministry of Defence, for search and rescue activities at sea and in the desert, and for the prevention and fight against irregular immigration. For the two-year period 2020-2021, the Ministry of Interior has foreseen an additional 1.2 million euros in supplies. According to data collected by IOM present at the landing sites a total of 12,000 people were intercepted and returned by the Libyan coastguard in 2020.

Since May 2020 readmissions to Slovenia prevented over 1,300 people from the Balkan Route to access the territory. Two Directives on the age assessment sent on 31 August and 21 December 2020 by a Public Prosecutor of the Juvenile Court of Trieste authorized authorities responsible for controls at the borders and on the territory in Friuli Venezia Giulia not to consider as minors those who declare themselves as minors if de visu they do not appear as such. This aims to facilitate the informal readmission procedure to Slovenia.

As monitored by several organisations, refoulements continue to be carried out from Italy to Greece at Adriatic maritime borders. In 2021, readmissions and refoulements were recorded to Albania and Croatia as well.

Following legislative changes, the reception system for asylum seekers has significantly changed, at least in theory. The changes partially restore the reception model that had been outlined by the Reception decree of 2015, which intended a single system for asylum seekers and beneficiaries of international protection, albeit divided into different phases. The accommodation system (former SPRAR, then Siproimi) is now called S.A.I.: System of accommodation and integration, and allows asylum seekers to be accommodated in the SAI, although with a different level of services provided. The lack of clarity of the actual passage from first reception centers to S.A.I. centers remains, however. The law, as amended by Decree Law 130/2020, also ensures access to these centers only “within the limits of the available places”. The Decree Law also changed the level of services to be guaranteed in first reception centers and CAS. The changes remain – so far – mainly theoretical. New tender specification schemes published on 24 February 2021 do not guarantee effectiveness to those legal provisions, as only a very low level of such services have been included in the tender.

De facto detention of asylum seekers continued to be reported in hotspots, as prefectures did not establish dedicated detention facilities for identification purpose. Despite appeals from many organisations, detention in pre-removal detention centres (CPR) has not been suspended following the Covid-19 outbreak. Through a circular of 2 April 2020, the Ministry of Interior ordered Covid-19 tampon tests for newly admitted persons and regardless of the result, their isolation for the first 14 days. For some nationalities, mainly for Tunisians, it has become the common practice that they are not allowed to express their intention to seek asylum. If they manage to express their intent after being sent to a CPR, their request is considered as a request to avoid expulsion, therefore they are detained for the entire asylum procedure.