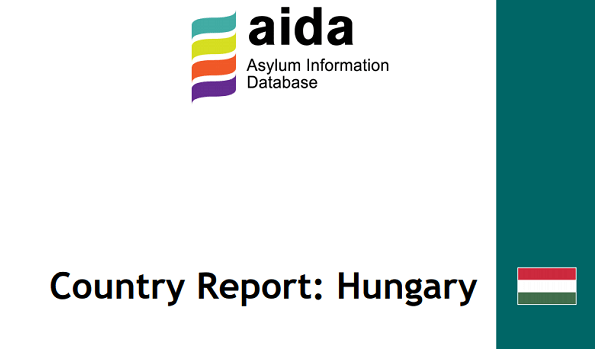 The updated AIDA Country Report on Hungary tracks recent developments in the area of asylum procedures, reception conditions, detention of asylum seekers and content of international protection in 2020.

The state of crisis due to mass migration that has been introduced in September 2015 has been extended once again and is currently in effect until 7 September 2021. This means that police are still authorised to pushback across the border fence irregularly staying migrants (including those who wish to seek asylum in Hungary) from any part of the country, without any legal procedure or opportunity to challenge this measure. In 2020,  25,603 migrants were pushed back from the territory of Hungary to the external side of the border fence and 14,131 were blocked entry at the border fence. In an infringement procedure, the Court of Justice of the European Union (CJEU) ruled in December 2020 that Hungary’s legalisation of push-backs breaches EU law. The Government refuses to implement the judgment and pushbacks continue to take place.

Since June 2016, the Hungarian state has completely withdrawn integration services provided to beneficiaries of international protection, thus leaving recognised refugees and beneficiaries of subsidiary protection to destitution and homelessness. The capacity of non-governmental and church-based organisations to provide the necessary integration services such as housing, assistance with employment, Hungarian language classes or family reunification is seriously limited. Civil society and church-based organisations can provide such services only to a small number of beneficiaries, leaving many without any help. The COVID-19 pandemic affected refugees and subsidiary protection beneficiaries to a great extent because they typically worked in hospitality and tourism sectors which were seriously impacted by the pandemic.

In 2020 the HHC also noticed an increase in status withdrawals based on national security reasons, concerning not only beneficiaries of international protection but also third-country nationals residing otherwise lawfully in Hungary. The underlying data substantiating the national security threat is classified and the applicants do not have access to key information establishing them as alleged treats. The opinions of the special authorities on national security risk contain no reasoning, but the National Directorate-General for Aliens Policing (NDGAP) is obliged to withdraw the international protection status.