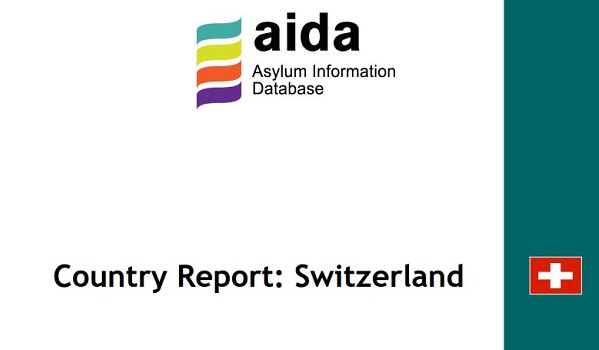 The updated country report on Switzerland describes the functioning of the new asylum procedure which entered into force in March 2019. It documents the most recent legislative and practice-related changes in the asylum procedure, reception conditions, detention and content of international protection.

New asylum procedure: The overall aim of the new system is to significantly speed up the procedure, including by bringing together the main actors of the procedure “under the same roof”; namely in federal centres located in six defined regions in Switzerland. The reform sets up several procedures (accelerated, extended, Dublin) strictly limited in time, thus shortening processing times and deadlines for appeals.

Against that backdrop, the new asylum system introduces several safeguards such as the right for asylum seekers to receive information, free counselling and legal representation at first instance, regardless of the applicable procedure. However, the shortened deadlines put the asylum authorities under significant pressure and risk to undermine an adequate examination of medical needs and related evidence. This was confirmed by the recent case law of the Federal Administrative Court which highlighted several shortcomings in this regard.

Reception conditions: The enforcement of the new asylum procedure has further resulted in the creation of departure centres to accommodate certain categories of asylum seekers (i.e. those subject to a Dublin procedure and/or those who received a negative decision under the accelerated procedure). However, it falls short from providing adequate support to vulnerable applicants. The lack of efficient identification and referral mechanisms affects many asylum seekers, especially victims of sexual violence and single women, and unaccompanied minors are still being accommodated with adults. The Government itself published a report in October 2019 highlighting issues relating to the lack of training of reception staff as well as the lack of adequate support to asylum seekers.

Access to the labour market has further been abolished for asylum seekers staying in federal reception centres, while temporarily admitted persons may work anywhere in Switzerland if the salary and employment conditions applicable to the location, profession and sector are satisfied.

Content of international protection: The heavily criticised cessation and review of the temporary admission of Eritrean nationals that had been announced in 2018 continued in 2019. Moreover, new amendments entered into force on 1 April 2020, including the possibility for the State Secretary for Migration (SEM) to prohibit recognised refugees from travelling to a third country, in particular to neighbouring countries of their country of origin, in order to enforce the ban on travelling home.

Covid 19 related measures: An ‘information box’ placed at the very beginning of the AIDA report further provides a brief overview of key COVID 19 measures that have been adopted to limit access to the asylum procedure for newly arrived asylum seekers.