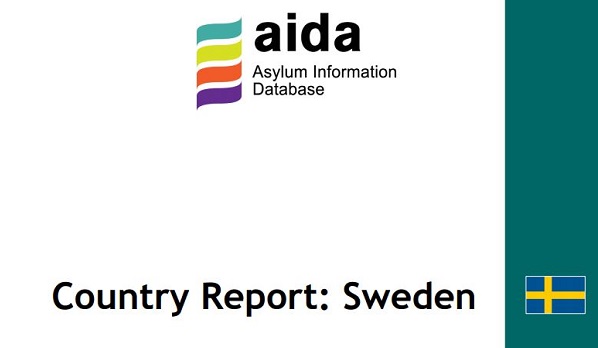 The updated Country Report on Sweden provides a detailed overview of the main developments in the area of asylum procedures, reception conditions, detention of asylum seekers and content of international protection in 2019.

Nevertheless, issues persisted with regard to age assessment procedures which are still being heavily criticised both by civil society organisations and medical experts. The Government is further considering the introduction of a list of safe countries of origin and relevant legislative changes in 2020.

Reception conditions: No particular changes were reported with regard to reception conditions. However, a new provisiong limiting the right of asylum seekers to choose the place of residence during the asylum procedure was introduced on 1 January 2020.  It foresees that asylum seekers can lose their right to a daily allowance if they independently decide to secure private housing in a location that is part of a municipality which is considered to face social and economic challenges.

Detention of asylum seekers: A new detention centre was opened in Ljungbyhed in southern Sweden, thus bringing the total number of detention centres to six centres with a detention capacity of 528 places. The Migration Court of Appeal further clarified in October 2019 that the maximum time an alien may be held in detention for the purpose of enforcement of a removal order is twelve months.

Content of international protection: One of the most important changes in the year 2019 results from the extension of the Temporary Law on residence permits until July 2021. The law, voted in July 2016, foresees reduced standards for individuals who have lodged an application for international protection since 24 November 2015. This means inter alia that beneficiaries granted refugee status and subsidiary protection will continue to receive residence permits valid for 3 years and 13 months respectively, rather than permanent residence permits. A Parliamentary Committee of Inquiry was further established on 14 June 2019 with the aim to reform the Temporary law and Sweden’s future migration policies.

Moreover, the ban on family reunification for subsidiary protection status holders was finally lifted in 2019. This is mainly the result of litigation efforts and the fact that the Migration Court of Appeal ruled in a case that the denial of family reunification to a young Syrian child was in breach of Article 8 of the European Convention on Human Rights (ECHR) and Articles 3, 9 and 10 of the United Nations Convention on the Rights of the child (CRC). The adopted provision thus grants the right to family reunification to subsidiary protection status holders who have well-founded (“reasonable”) prospects of being granted a permanent residence permit. The European Commission further launched an infringement proceeding against Sweden on 17 July 2019 regarding the violation of the applicable time limits to process applications for family reunification.