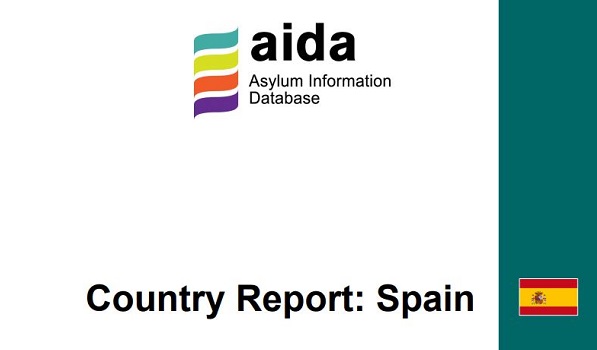 The updated country report on Spain documents the most recent developments in the Spanish asylum system, i.e. legislative and practice-related changes in the asylum procedure, reception conditions, detention and content of international protection. It demonstrates that Spain still faces important difficulties in adapting to the increase of new arrivals and the number of applications for international protection.

Access to territory: Refusal of entry, collective expulsions and push backs persisted throughout 2019, as a result of which asylum applicants resort to dangerous practices and put their lives at risk to access the territory. While the European Court of Human Rights (ECtHR) judgment of February 2020 in the case of N.D and N.T v Spain failed to condemn Spain for such practices, civil society organisations and other actors have continued to raise serious concerns and to document the numerous incidents occurring at the Spanish border.

Asylum procedure: The average processing times of asylum claims (which can reach up to 2 years), the significant increase of the backlog of cases (111,740 at the end of 2019 compared to 68,779 at the end of 2018) as well as the quality of the asylum procedure continue to be heavily criticised. The situation of vulnerable groups is of particular concern as identification and referral mechanisms are still lacking. More particularly, several NGOs have qualified the lack of support to victims of human trafficking as one of the most important issue in 2019, despite the Government’s efforts on the matter.

Reception and detention conditions: The lack of reception capacity also persisted during 2019, resulting in destitution and homelessness for many asylum seekers, including unaccompanied children. The reception conditions did not improve and have been qualified as “meagre” by the Spanish Ombudsman and even as a “humanitarian catastrophe” by the Treasury Office of the Government of Melilla in the case of the centre La Purisma which accommodates children in violation of their dignity and basic needs. Similarly, the conditions in the Detention Centres for Foreigners (CIEs) continue to be closely monitored by several actors, including the media, and indicate prison-like, unsatisfactory and inhumane conditions, thus resulting in tensions, riots and protests.

Content of international protection: On 5 March 2019, the Inter-Ministerial Commission of Asylum (CIAR) introduced a policy granting one-year renewable residence permits “on humanitarian grounds of international protection” to Venezuelan nationals whose asylum applications have been rejected between January 2014 and February 2019. As a result, the number of humanitarian protection status (35,237) exceeded by far the number of refugee status (1,660) and subsidiary protection status (1,569) granted by the Office of Asylum and Refuge (OAR) in 2019.

Covid 19 related measures: Following the outbreak of COVID-19 in Spain, the Government declared the State of Alarm on 15 March 2020. Some of these measures and their impact on the asylum system and migration context have been summarised at the beginning of the report and explained further where relevant.