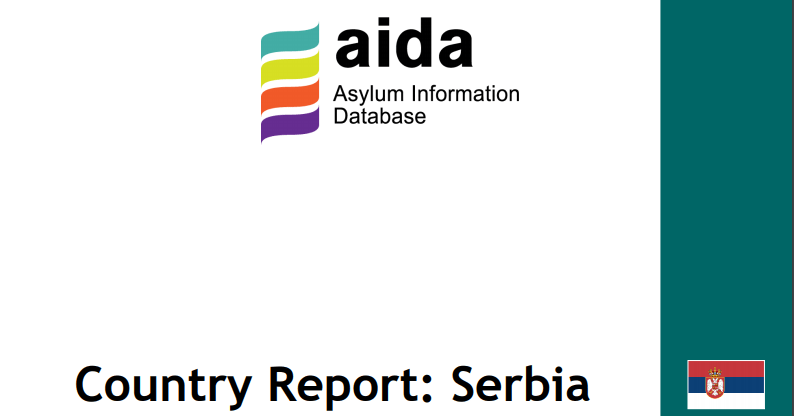 The updated Country Report on Serbia documents the main developments in the area of asylum procedures, reception conditions, detention of asylum seekers and content of international protection in 2019.

Asylum procedure: Access to the territory remains a serious concern as a significant number of pushbacks persisted in 2019. At least 16,000 persons likely to be in need of international protection were pushed back by Serbian border police authorities to Bulgaria and North Macedonia. Serious concerns about the practices carried out by the Border Police Station Belgrade (BPSB) at the airport have also been reported, putting individuals at risk of refoulement.

The procedure at first instance has been significantly improved as the Asylum Office has stopped its previous practice of automatically applying the ‘safe third country concept’. This means that for the first time in the history of the Serbian asylum system, the majority of applications for international protection were examined on the merits. However, inconsistencies in the decision-making process continued to be reported in certain cases – thus requiring enhanced harmonization – and the overall length of the first instance procedure remains very lengthy. No imrpovement was noted with regard to the procedure at second instance. The Asylum Commission and Administrative Courts continued to systematically uphold first instance decisions, thus rendering the chances of success of appeals extremely low.

Reception conditions: Overall, the reception conditions in Asylum Centres can be considered as satisfactory, with the exception of the largest Asylum Centre located in Krnjača. However, living conditions in the Temporary Reception Centres continue to raise serious concerns as they are not adequate for hosting asylum seekers for long periods. The lack of security in many reception facilities has also been reported as an important issue in light of the evident presence of organised groups involved in smuggling and potentially human trafficking. This is particularly worrying for unaccompanied asylum-seeking children (UASC) who are at serious risk in almost all reception facilities.

Detention of asylum seekers: Detention for the purpose of the asylum procedure is still rarely applied. However, the practice of unlawful and arbitrary deprivation of liberty at the transit zone of the “Nikola Tesla” airport has persisted. The Constitutional Court of Serbia does not consider that the placement in the transit zone premises for a period of 28 days – without a detention order nor the possibility to lodge an appeal – as a practice that undermines Article 27 of the Constitution (which corresponds to Article 5 of European Convention on Human Rights (ECHR).

Content of international protection: From 2008 to 2019, only 156 persons were granted asylum in Serbia. At least 40% of them have left the country due to the poor prospects of integration. This results from several factors, such as important obstacles to access the labour market and low social benefits, while access to health care and education largely depend on the assistance of civil society organisations.

Covid-19 measures:This report has largely been written prior to the coronavirus outbreak in Serbia. As such, COVID-19 related measures adopted by national authorities are not analysed in detail. However, a summary of the most significant measures adopted in the country until  end of April 2020 is available at the beginning of the report.