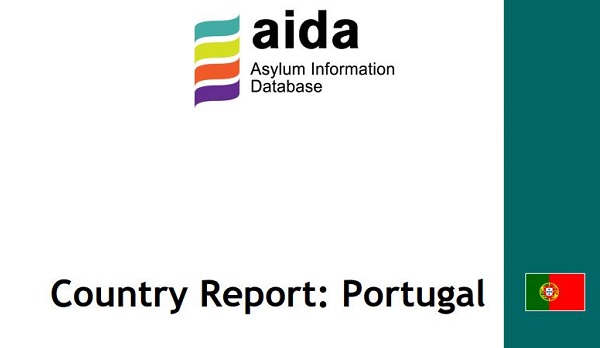 Asylum procedure: The pressure on the Portuguese asylum system persisted in 2019 due to the increase in the number of spontaneous applications. A total of 1,849 spontaneous asylum applicants were recorded during that year, up from 1,270 in 2018. Both the United Nations (UN) Committee against Torture and the UN Committee on the Rights of the Child published Concluding Observations raising concerns inter alia about the situation of vulnerable applicants. This includes a lack of identification mechanisms and inadequate procedural guarantees for specific categories of applicants such as unaccompanied minors, victims of violence and torture as well as victims of human trafficking.

Diverging jurisprudence in the context of Dublin procedures was also reported, both with regard to the right to be heard and the suspension of Dublin transfers, in particular to Italy. A judgment from the Supreme Administrative Court in January 2020 determined that the authorities are only bound to obtain up-to-date information on the risk of inhuman or degrading treatment where there are valid reasons to believe that there are systemic flaws in the asylum procedure and/or reception conditions of the receiving Member State.

Reception conditions: Overcrowding in reception facilities persisted throughout 2019. The Portugues Refugee Council (CPR) provided reception assistance to a total of 1,866 asylum seekers, of which only 12% were accommodated in the Refugee Reception Centre (CAR), 82% in alternative private accommodation (including rooms in private apartments and hostels), and the remaining 6% with relatives. In addition to the continuous increase in the number of referrals, aggravating factors identified in previous years also persisted. This includes significant delays in transiting to private accommodation provided by other organisations, the lack of available apartments and increased rental prices.

Detention of asylum seekers: Detention of asylum seekers was also one of the issues covered in the recent Concluding Observations of the UN Committee on the Rights of the Child and the Committee Against Torture. The excessive use of detention, the lack of individualised assessments and detention of children were among the concerns observed by both Committees. Significant deficiencies were further reported in border detention facilities by the national Ombudsman, namely with regard to the characteristics of the facilities, access to personal belongings, food, contacts with the exterior, identification of vulnerable applicants, access to legal assistance, and access to healthcare. The Ombudsman also considered that the conditions in border detention facilities are inadequate for children, even for periods of up to 7 working days.

Content of international protection: In 2019, 98 decisions to cease subsidiary protection were adopted, of which 75 concerned Ukrainian nationals. This represents a significant change of practice as no cessation decisions were adopted by the authorities in 2017 nor in 2018. CPR identified several shortcomings in the context of these cessation procedures, including the lack of renewal of the residence permits while the cessation proceeding was pending and the poor quality of the assessment conducted on the change in circumstances in the country of origin. Such shortcomings are similar to those identified back in 2016 when cessation procedures had been initiated for subsidiary protection status holders from Guinea.

Covid-19 measures: This report has largely been written prior to the coronavirus outbreak in Portugal. As such, COVID-19 related measures adopted by national authorities are not analysed in detail. However, a summary of the most significant measures adopted in Portugal until mid-April 2020 is available at the beginning of the report.