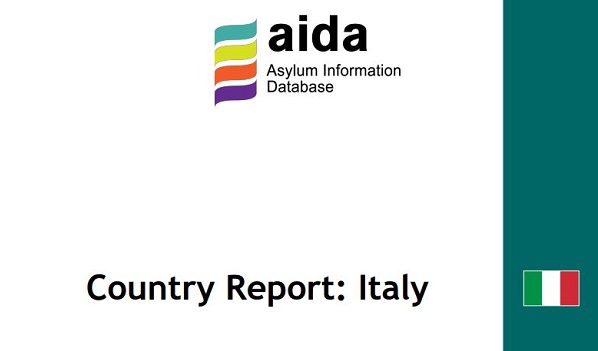 The updated Country Report on Italy documents the main developments in the area of asylum procedures, reception conditions, detention of asylum seekers and content of international protection in 2019.

Access to the territory and the asylum procedure: Closed ports policy, indirect refoulement to Libya and privatised pushbacks policy were reported in 2019. At least 8,406 people were tracked down by the Libyan coastguard and brought back to Libya. Despite the opposition of numerous associations including ASGI, and the call of the Council of Europe Commissioner for Human Rights, the Memorandum of Understanding between Italy and Libya, also judged by a Criminal Court to be not conform the Italian Constitution and to international laws, has been renewed in February 2020.

In 2019 the Civil Court of Rome allowed access to the asylum procedure from abroad to some Eritreans who were unlawfully returned to Libya in 2009. In two other cases, it ordered to issue humanitarian visas to allow the entry of minors, one of whom was in Libya.

A border procedure, applicable in border areas and transit zones, that was introduced last year in the legal framework has now been implemented, following a ministerial decree. This decree identifies the border and transit areas where the accelerated procedure for the exam of asylum applications applies when a person evades or attempts to evade border controls. The first applications of the decree have already revealed a controversial application of the concept of “border controls’ evasion. A list of 13 safe countries of origin has also been adopted.

It has also been reported that there is a disproportionate and incorrect use of manifestly unfounded decisions in asylum applications examined with the accelerated procedures, which compromises the rights of defence and protection of asylum seekers.

Reception conditions: As expected, the tender specification schemes adopted by the Ministry of Interior led to a progressive closure of small accommodation centres and the gross involvement of big profit organizations in the reception system. Prefectures were allowed to adjust auction bases for the location and surveillance costs but without an improvement of the poor quality of the services offered in the asylum seekers’ reception centres. Despite the decrease in arrivals, most of the reception facilities are still emergency centres.

At the end of 2019, the number of asylum seekers and beneficiaries of international protection in the reception system was 67,036 distributed among 10 governmental reception centres and hotspots, and 6,004 in CAS (Emergency Accommodation Centre). Compared to 2018, the number of CAS decreased by 33% but the changes imposed by the tender specifications led to the closure of many small CAS centres and the distribution of migrants in large CAS with few or no services. By Decree of 18 November 2019, new Guidelines for the Sprar/Siproimi system were issued, including new services for unaccompanied minors.

The changes introduced by the legislative decree 113/2018, in particular the denial of the civil registration, made it extremely difficult to access territorial services for asylum seekers. However, many courts found the exclusion of asylum seekers from residence registration unlawful.

Content of international protection: New guidelines for the accommodation of beneficiaries of protection were issued. The Decree provides very stringent hypotheses in which the reception can continue after the first six months. The number of places in Siproimi decreased to 31,284 compared to 35,650 places existing as of January 2019.

Covid-19 related measures: Following the outbreak of COVID-19 in Italy, measures have been taken that impact the asylum procedures and reception provisions. A brief overview can be found at the start of the section ‘Overview of the main changes since the previous report update’. For example, on 7 April 2020 Italy issued a ministerial decree in which it declared its ports unsafe. People arriving in Italy are subject to fiduciary isolation for 14 days. Only after this period has elapsed, people can access the reception facilities for asylum seekers. Even though, the registration activities have not been suspended, the closure of the Questure, have caused difficulties, delays and in many cases the impossibility of accessing the asylum procedure at all.  Some Civil Courts, such as the one of Rome, ordered the Questura to register the asylum application. Material reception conditions have been extended until “the end of the measures in place for the health emergency”, even for those who would no longer be entitled to them. Due to the lack of places and only until 31 January 2021, asylum seekers could be accommodated in Siproimi facilities but they can only benefit from the services as provided in governmental centres and CAS.