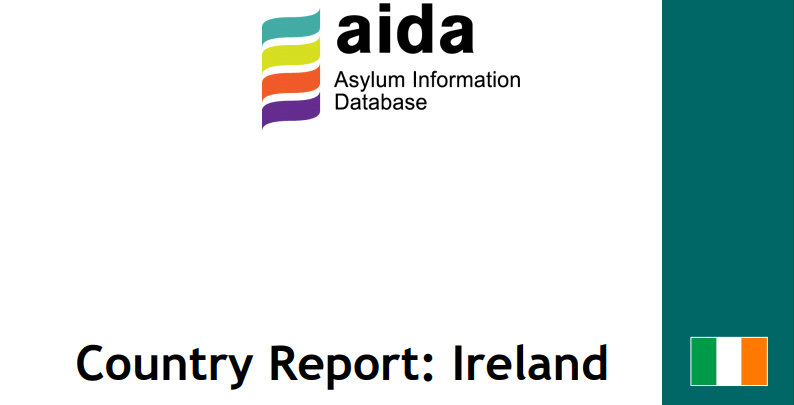 The updated Country Report on Ireland provides a detailed overview of the main developments in the area of asylum procedures, reception conditions, detention of asylum seekers and content of international protection in 2019.

2019 saw an increase in the number of persons applying for protection in Ireland. This increase, alongside a shortage of administrative staff, has been accompanied by lengthier asylum procedures, including substantial delays for applicants to be given substantive interviews as well as significant delays in receiving first-instance decisions and appeals on protection claims.

Whilst Ireland opted into the recast Reception Conditions Directive in 2018, placing reception on a legislative footing for the first time, the report notes that, in practice, there has been little substantive change in respect of reception. In fact, an increase in applicants and concomitant procedural delays have exacerbated the already frail accommodation system, known as Direct Provision, with many Direct Provision centres being at full capacity in 2019. Complaints to the Ombudsman have increased in 2019 as a result of various factors, including reception standards. Reliance on emergency accommodation (such as Bed and Breakfasts and Guest Houses) to house applicants for international protection has been used as a stop gap. In practice, persons are left residing in these sites for far longer than is suitable. Moreover, the housing crisis in Ireland has meant that a significant number of persons who have been granted a protection status or permission to remain have been unable to move out of Direct Provision accommodation due to a lack of available and affordable housing.

The reception system has been put under a further spotlight during Covid-19 since nearly a quarter of the population in Direct Provision continue to share a bedroom with non-family members. This is contrary to advice given by the Irish Chief Medical Officer. Moreover, in one emergency accommodation an outbreak of Covid-19 occurred, following which no deep clean of the hotel was undertaken. This particular accommodation has been the subject of several campaigns – related to its unsuitability to host protection applicants – even before its opening.

In respect of vulnerable persons, the absence of a formal mechanism for vulnerable persons identification remains unchanged. Notwithstanding the provision in domestic legislation of a vulnerability assessment as well as the respective responsible body, no vulnerability assessments are carried out in practice and confusion still reigns as to which authority has responsibility in the domain.

With regard to employment, despite the Irish Supreme Court finding in 2017 that the prohibition on employment for asylum seekers was unconstitutional – subsequently leading to Ireland’s decision to opt into the recast Reception Conditions Directive – statistics show that there are hurdles for applicants to access the labour market with 3,438 international protection applicants being granted permission to work, of which 1,708 confirmed to be in employment.