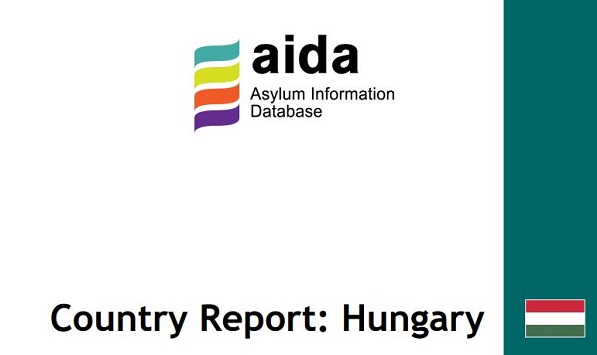 The updated country report on Hungary documents developments in the area of asylum procedures, reception conditions, detention of asylum seekers and content of international protection in 2019.

The quasi-state of exception that has been introduced into Hungarian law in September 2015, entitled “state of crisis due to mass migration”, has been extended once again until 7 September 2020. It is therefore still only possible to apply for asylum at the border, inside the transit zone (unless the applicant is already residing lawfully in the territory of Hungary). Asylum seekers continue to be held in the transit zones for the entire asylum procedure, without any legal basis for detention or judicial remedies. Police are authorised to push back across the border fence people defined as irregular migrants (including those who wish to seek asylum in Hungary) from any part of the country, without any legal procedure or opportunity to challenge this measure. In 2019 there were 11,101 people pushed back from the territory of Hungary to the external side of the border fence and 961 were blocked entry at the border fence.

During his visit to Hungary in July 2019, the UN Special Rapporteur on the human rights of migrants urged the government to immediately terminate this ‘state of emergency’; he noted that he could not see a single migrant approaching Hungary from the Serbian side of the border, and deemed the extension unnecessary.

Detention remains a frequent practice rather than an exceptional measure in Hungary. The vast majority of the people are detained in the transit zones of Röszke and Tompa. The fact that asylum seekers inside the transit zones are deprived of their freedom of movement is confirmed by the United Nations Working Group on Arbitrary Detention (UNWGAD), European Committee for the Prevention of Torture (CPT), UNHRC, UN High Commissioner for Human Rights, UN Special Rapporteur on the human rights of migrants, European Commission and Commissioner on Human Rights of the Council of Europe. In the Grand Chamber judgement of the European Court of Human Rights (ECtHR) of November 2019 the ECtHR did not agree with the Chamber’s unanimous decision concerning the nature of the placement in the transit zone and ruled that the applicants in this case were not deprived of their liberty. Several reports and UN Treaty bodies, published in 2019, however, keep reiterating the dire circumstances of deprivation of liberty in the transit zone.

2019 was further characterized by a very low recognition rate (rejection rate is 91.5%) and extremely lengthy procedures, during which the asylum seekers have to say in the transit zone. Institutional changes also took place. On 1 July 2019, the Asylum and Immigration Office ceased to exist and the National Directorate-General for Aliens Policing (NDGAP) was established taking over the responsibility for asylum and aliens policing matters. The Directorate continues to be under the supervision of the Ministry of Interior and having its own budget, but operating as a law enforcement body under the Police Act. The transformation into a branch organisation of the Police meant that asylum officers needed to receive training and pass physical and psychological exams in order to be appointed as police officers. All these factors led to increased delays in decision-making and standstills in several cases.

For those having obtained an international protection status in Hungary the circumstances remain dire. Since the Hungarian state has completely withdrawn in 2016 integration services provided to beneficiaries of international protection, recognised refugees and beneficiaries of subsidiary protection are left to destitution and homelessness. Only non-governmental and church-based organisations provide the needed services aimed at integration such as housing, assistance with finding an employment, learning Hungarian language or family reunification. Moreover, the Commissioner for Human Rights of the Council of Europe pointed out in her 2019 report that xenophobic rhetoric and attitudes also have a harmful effect on the integration of recognised refugees.