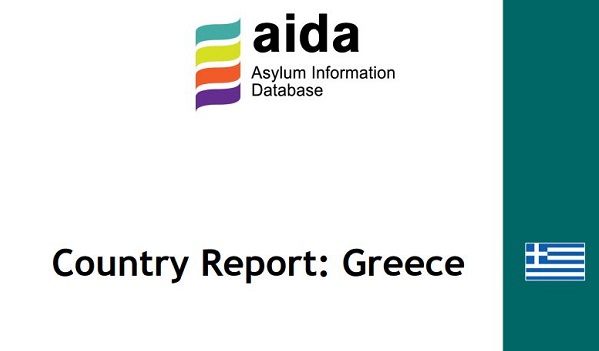 The updated AIDA Country Report on Greece tracks numerous legislative, policy and practice-related developments relating to the asylum procedure, reception conditions, detention of asylum seekers, and content of international protection. While it mainly covers the year 2019, it also contains information on the first five months of 2020 as well as COVID-19 related measures.

Pushbacks and suspension of the asylum procedure: The increase in the number of alleged pushbacks at the Greek-Turkish border of Evros continued during 2019. The United Nations Committee Against Torture expressed serious concerns as regards the principle of non-refoulement. Incidents of pushbacks are also reported at the Aegean Sea since 2020, as pointed out by the Council of Europe Commissioner for Human Rights in early March 2020.

On 2 March 2020, following tensions that erupted on the Greek-Turkish land borders, the Greek Authorities issued an Emergency Legislative Order by which access to the asylum procedure has been suspended for persons entering the country during March 2020. According to the latter, those persons were about to be returned to their country of origin or transit ‘without registration’. As noted by several actors, inter alia by UNHCR, “[a]ll States have a right to control their borders and manage irregular movements, but at the same time should refrain from the use of excessive or disproportionate force and maintain systems for handling asylum requests in an orderly manner. Neither the 1951 Convention Relating to the Status of Refugees nor EU refugee law provides any legal basis for the suspension of the reception of asylum applications”.

The IPA, a new asylum law which reduces safeguards: L. 4636/2019 (hereinafter: IPA) is a new law on asylum that has been issued in November 2019 and entered into force on 1 January 2020. It has been repeatedly criticised by national and international human rights bodies as an attempt to lower protection standards and create unwarranted procedural and substantive hurdles for people seeking international protection.

The IPA foresees an extended list of cases in which an application for international protection can be rejected as “manifestly unfounded” without any in-merits examination and without assessing the risk of refoulement, even in cases where the applicants were not able to comply with strict procedural requirements and formalities. The IPA abolished the automatic suspensive effect for certain appeals, in particular those concerning applications rejected in the accelerated procedure or dismissed as inadmissible under certain grounds.  The IPA further extended the grounds for detention of asylum seekers and significantly lowered procedural guarantees, which does not seem in line with principle that detention should only be applied exceptionally and as last resort.

In May 2020, less than 4 months after the entry into force of the IPA, national legislation has been reamended. These amendments have also been significantly criticised by human rights bodies, as they further weaken basic guarantees for persons in need of protection and introduce a set of provisions that can lead to arbitrary detention of asylum seekers and third country nationals.

Turkey as a safe third country: use of template decision remained in 2019: Since mid-2016, the same « template decision » is issued to dismiss asylum claims lodged by Syrians applicants as inadmissible on the basis that Turkey is a safe third country. As a result, these negative first instance decisions are identical and repetitive,  they do not provide an individualised assessment, and they are outdated insofar as they do not take into account developments in Turkey, such as the current legal framework and the derogation from the principle of non-refoulement. Second instance decisions issued by the Independent Appeals Committees for Syrian applicants systematically uphold the first instance inadmissibility decisions, i.e. if no vulnerability is identified or no ground in order for the case to be referred for humanitarian permission to stay is present.

As it has been widely documented, the living conditions on the islands remain substandard. Overcrowding, a lack of basic services, including medical care, limited sanitary facilities, as well as violence and lack of security poses significant protection risks. The mental health of the applicants on the islands is aggravating.