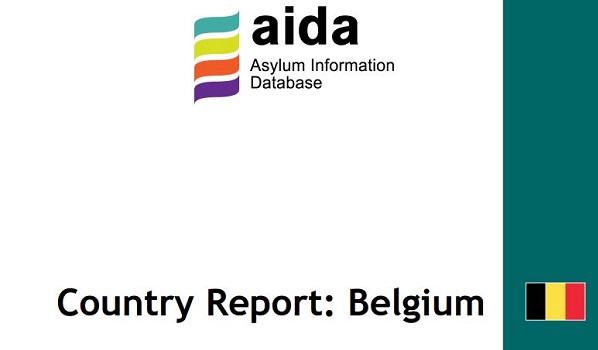 The updated country report on Belgium documents developments in the area of asylum procedures, reception conditions, detention of asylum seekers and content of international protection in 2019.

2019 was marked by a significant delay in the processing of asylum applications, and the lack of reception accommodation, resulting in asylum seekers left homeless and destitute. Despite the numerous warnings of the federal reception agency for asylum seekers Fedasil as well as civil society actors, a new reception crisis emerged in 2019. This is due to the government’s scaling down of capacity to adapt reception systems to a drop in asylum applications in previous years, which was therefore not able to address the increase of applications for international protection in 2019. Moreover, as a result of the lack of staff within the determining authority, asylum procedures took longer and asylum seekers had to remain in reception centres for longer periods. The saturation of Fedasil’s reception network also led to a suspension of resettlement operations for refugees since July 2019.

Policy measures were adopted to withdraw reception conditions of certain asylum applicants. Since 7 January 2020, Fedasil no longer provides reception for two categories of applicants of international protection: (i) applicants for international protection who have received an Annex 26quater on the basis of the Dublin III Regulation, but for whom Belgium becomes responsible by default due to failure to transfer within the six-month deadline (Article 29(2) Dublin III Regulation); and (ii) applicants for international protection who make a first application in Belgium but who already have an international protection status in another EU Member State. This measure is based on an instruction of Fedasil. In January 2020 alone, more than 80 persons have subsequently been refused reception, including some single women with minor children. This instruction has no legal basis and violates national and European law as it excludes categories of individuals from reception beyond the ones foreseen by Article 20 of the recast Reception Conditions Directive. A procedure before the Council of State is pending.

The Belgian government further continued its engagement to increase detention. In 2019 an open reception centre (Holsbeek) has been turned into a closed centre for women and two additional detention centres will open in 2020. While the current detention capacity is 660 places, these plans will bring Belgium’s detention capacity to 1,066 places by 2022.

However, no more families with children have been detained, following a judgment of the Council of State. In August 2018, the government opened five family units in the 127bis repatriation centre, as a result of which families with children were being detained again. Detention was applied where the family manifestly refuses to cooperate with the return procedure. However, the Royal Decree of 22 July 2018 that establishes the rules for the functioning of the closed family units near Brussels International airport has been suspended by the Council of State in April 2019, and thus no more families have been detained. The Council of State still has to pronounce its decision on the annulation of this Royal Decree.

This report has largely been written prior to the outbreak of COVID-19 in Belgium. Subsequently measures have been taken to limit access to the asylum procedure for newly arrived asylum seekers. These measures do not figure throughout the AIDA report. However, a brief overview can be found at the start of the section ‘Overview of the main changes since the previous report update’. The most controversial measure was temporarily suspending access to the asylum procedure as of 17 March 2020, and therefore leaving asylum seekers homeless and destitute. On 3 April 2020 the Immigration Office, however, announced that all applicants that want to register a demand for international protection are obliged to make an appointment at the Registration Centre by using an online form, with strict formalities. Since 3 April 2020 applicants can register online in order to obtain an appointment. A reception place will be assigned following the appointment.

AIDA: *This information was first published by AIDA, managed by ECRE.