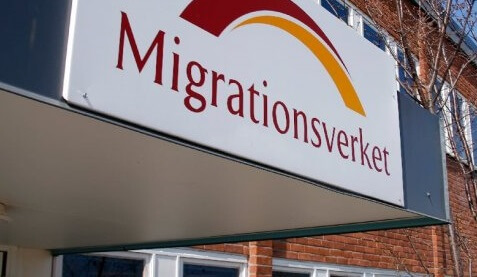 The updated Country Report on Sweden provides an overview of developments relating to asylum procedures, reception conditions, detention of asylum seekers and content of international protection, amid discussions on the extension of the temporary law agreed in 2016 for an additional period of three years.

Asylum procedure: On 4 March 2019 the Migration Agency published a legal position regarding the prohibition of Dublin transfers to Hungary. It stated that in the event that Hungary is found to be the responsible country in accordance with the Dublin Regulation, it is not possible to transfer the applicant to it. At the same time, the Migration Agency revised its policy on Italy and held that there is no longer a need to obtain individual guarantees prior to carrying out transfers.

During 2018, an amendment was introduced to the Aliens Act concerning responsibility for the reception of persons who have been accepted in accordance with the Dublin Regulation from other Member States was implemented and cooperation with the police authority intensified. The change in the law means that the police authority takes over the responsibility of the Migration Agency regarding the reception of Dublin returnees when there is a legally enforceable decision on expulsion.

The Migration Agency has established new tracks for admissibility procedures: “Track 5B” concerns applicants benefitting from protection in another EU Member State, while “Track 5C” deals with applications raising first country of asylum and safe third country grounds. Detailed guidance on the use of these concepts was issued in December 2018 by the Migration Agency.

Following the CJEU ruling in A v Migrationsverket, the Migration Agency updated its guidelines in December 2018 to clarify that an application cannot be rejected as manifestly unfounded on safe country of origin grounds without the existence of a list of safe countries of origin.

Content of international protection: The temporary law was prolonged but subject to a change to family reunification rights for those granted subsidiary protection. The proposals are based on an agreement between the government, the Centre Party and the Liberals which formed the basis of the forming of the current government. In the bill, it is proposed that the Act (2016:752) on temporary restrictions on the possibility of obtaining a residence permit in Sweden continue to apply until 19 July 2021, with subsidiary protection beneficiaries holding the same family reunification rights as refugees. The Migration Court of Appeal found in one case in November 2018 that the denial of family reunification rights to a child benefitting from subsidiary protection was not a proportionate restriction on the right to family life under Article 8 ECHR and was contrary to the best interests of the child.

In a case concerning the termination of housing contracts by the city of Lidingö, the Administrative Court of Appeal found that city has the right to terminate the housing contracts for new arrivals after two years. In view of how the law is designed and what is stated in the preparatory works, the Administrative Court of Appeal considers that “the Housing Act does not impose any obstacle to a municipality offering housing that is only temporary to new arrivals who are assigned”. The municipal council’s decision can therefore not be considered contrary to the obligation to receive new arrivals for residence in the municipality resulting from the Residence Act.