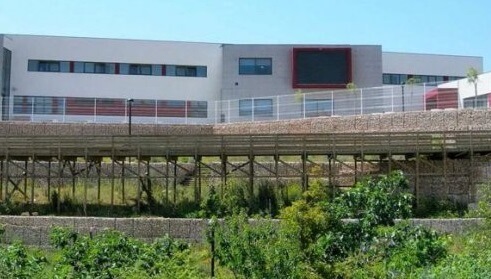 The updated Country Report on Portugal documents developments in the area of asylum procedures, reception conditions, detention of asylum seekers and content of international protection in 2018.

Asylum procedure: Portuguese courts delivered several important judgments relating to the Dublin Regulation. The Central Administrative Court of Lisbon annulled transfer decisions on the basis that, according to its interpretation of either Article 17 of the Asylum Act or Article 5 of the Dublin Regulation, the Immigration and Borders Service (SEF) has to inform the applicant and give him or her the opportunity to reply not only to the statements provided during the Dublin interview, but also to a report containing the information that underlies the transfer decision.

In February 2018, the Tribunal Administrativo e Fiscal de Sintra annulled a transfer decision to Hungary on the basis that the available information regarding the functioning of the Hungarian asylum system revealed the existence of valid reasons to believe that there were systemic flaws in the asylum procedure and reception conditions amounting to the threshold of inhuman or degrading treatment (namely due to the systematic detention and acts of violence towards asylum seekers in the country). While CPR is not aware of any case where the Court annulled a transfer decision to Italy due to the existence of systemic flaws in the asylum procedure and reception conditions, in at least two cases, Central Administrative Court of Lisbon annulled transfer decisions on the basis that the examining authority failed to analyse the conditions of the Italian asylum system, and determined that SEF had to reassess the case with updated and reliable information. Notwithstanding, the jurisprudence regarding transfers to Italy varied.

In 2018, age assessments by other EU Member States have been used by the SEF as negative credibility indicators, notably those from Malta regarding asylum seekers who were transferred to Portugal in the framework of ad hoc disembarkation-related EU solidarity measures and claimed to be children upon arrival in Portugal. The absence of an initial age assessment from the SEF prior to the referral to the CACR in cases where the appearance and demeanour of the applicant raise serious doubts regarding their age has led CPR to refer those applicants to CPR’s CAR, informing the Public Prosecutor’s Office accordingly for purposes of ratification this procedure aimed at preserving the security and integrity of the CACR.

The Government introduced the “student in an emergency situation for humanitarian reasons” status for higher education that can be claimed by any non-Portuguese / EU student who originates from a region affected by armed conflict, natural disaster, generalised violence or human rights violations requiring a humanitarian response. The beneficiaries of international protection and asylum seekers admitted to the regular procedure under the Asylum Act are entitled to the status by operation of law. Students with “emergency situation for humanitarian reasons” status are entitled to alternative procedures for assessing entry conditions in the absence of documentation such as diplomas, equal treatment to Portuguese students regarding university fees and other levies and full access to social assistance available to higher education students. However, the new rules do not address the issue of access to entry visas for eligible students living abroad.

Detention of asylum seekers: In July 2018, following media reports on detention of young children at Lisbon Airport, and remarks by the Ombudsperson and UNICEF, the Ministry of Home Affairs issued an order determining that children under 16 years old (whether accompanied or not) cannot be detained in the CIT for more than 7 days. According to the information available to CPR, for the whole of 2018, a total of 24 unaccompanied children were detained at the border, for 6 days on average. The information available to CPR regarding 51 children accompanied by adults reveals that they were detained at the border for an average period of 16 days. While CPR has observed a tendency of decrease of detention periods to which children were subjected following the order issued in July 2018 by the Ministry of Home Affairs, this practice remains concerning in light of international standards that prohibit any immigration detention of children.

Content of international protection: The Nationality Act was recast in July 2018. The changes will likely have a positive impact on acquisition of nationality by beneficiaries of international protection and their children. Most notably, the recast reduced the regular residence requirement for naturalisation from 6 to 5 years. Additionally, following the recast, children born in Portugal to foreigners who are not at the service of their State of nationality are Portuguese by origin if one of the parents has been legally residing in the country for at least 2 years at the time of the birth and if they do not state that they do not want to be Portuguese.

While the average duration of family reunification procedures remained unchanged, there was a relevant increase in the waiting time for an appointment at the SEF for the purposes of family reunification. In the case of SEF’s Lisbon regional office, in particular, that deals with a significant number of applications, waiting times rose to as much as 5-6 months in certain cases.