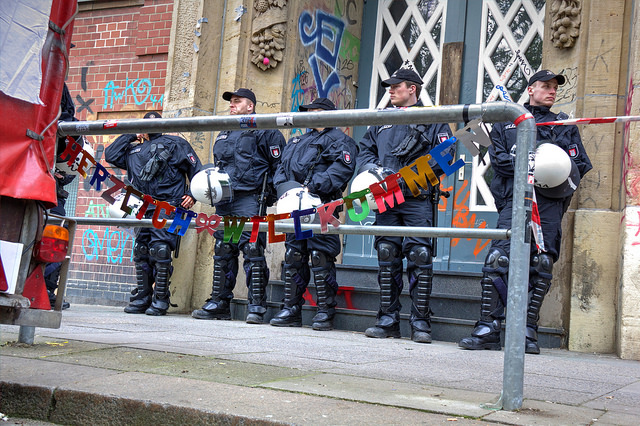 Numbers of newly arriving asylum seekers decreased significantly in comparison to 2015 and 2016, with 198,000 applicants in 2017. The asylum authorities have now managed to handle the main part of the backlog of asylum applications which had built up in previous years: at the end of 2017, about 68,000 cases were pending at first instance but only 22,000 of those concerned applications made before 2017. However, the number of appeals pending before the Administrative Courts has risen dramatically.

Many applications of newly arriving asylum seekers are now processed quickly, particularly in the so-called arrival centres. In some cases, the complete asylum procedure on the administrative level, is dealt with within three or four days.

The high number of decisions being taken by the authorities (more than 600,000), combined with the fact that many asylum seekers such as Syria or Eritrea were granted subsidiary protection status instead of refugee status, led to many appeals being filed at courts. It also led to a comparably high success rate of appeals.

The quality of decision-making by the asylum authorities has been under particular public scrutiny following a scandal about a German soldier who had been posing as a Syrian asylum seeker and was granted protection status. Internal investigations showed a high percentage of asylum decisions were considered to be “implausible”. According to media reports, many decision-makers who had been hired in 2015 and 2016 had been on the job for more than a year without completing the in-house training programme.

A high number of family members of asylum seekers or refugees living in Germany were transferred from Greece. According to media reports, the German government limited the number of transfers from Greece to a certain quota from April 2017 onwards. The government denied ever formally introducing a quota, but the numbers of transfers decreased significantly in the second quarter of 2017, before increasing again later in the year.

Following a legislative reform introduced in July 2017, Federal States are now allowed to impose an obligation on applicants to stay in “initial reception centres” for up to 24 months. At the end of 2017, only Bavaria had made use of this new regulation by obliging asylum seekers from countries with a “low prospect of stay” in Germany to remain in designated “transit centres”.

Legal recognition of marriages concluded in other countries has been restricted since July 2017 by the “Law on combating child marriages”. According to this law, marriages concluded in another country are considered invalid in all cases in which one or both of the spouses was younger than 16 years old at the time of marriage. If such marriages are declared invalid, spouses below the age of 18 generally have to be treated as unaccompanied children in asylum procedures.