Weekly Editorial: After the European Parliament Elections: What Now? 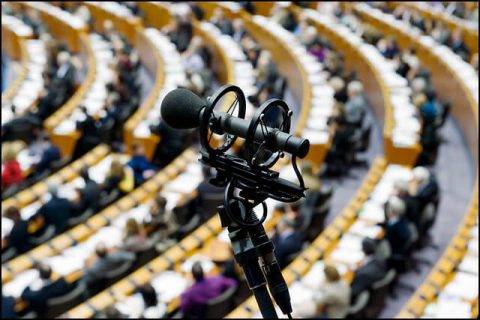 The EP elections have come and gone, and assessing the results throws up qualified positives: turnout was up… but it is still low; the far right populists have not significantly improved their position… but are still too strong. Four key conclusions and accompanying opportunities for action can be highlighted for now:

The far right, anti-migration and anti-asylum parties have increased their percentage of seats in the parliament. By 2%. They have moved from 21% to 23%.

Even then, the 23% still includes Italy’s 5Star, where a variety of views are to be found on migration, and it now includes Farage’s band of merry men, who will leave soon with the UK. The mooted far right Bannon-Salvini super alliance has not yet materialised – fortunately nationalists tend to struggle to build international coalitions and these parties remain dominated by little “strongmen” all of whom want to be alpha dog.

These poor results arise despite everything that has happened in Europe and despite the distorted media coverage which continues post-election (and ad nauseam). Disproportionate attention creates free publicity for the far right, along with the constant overstatement of their results. Their “success” is the headline, despite the increased votes of other parties. In the EP, the share of seats for the Liberals and the Greens is up (an extra 5% and 3% of the total respectively).

Let’s break out of the old narrative of anti-migration public, where even success of other parties is presented as a victory for the far right, for example here is an alternative account of the Danish elections: within a fragmented system, the Social Democrats are the largest party despite failing to gain votes probably due to their anti-migration stance; there was a huge increase in votes for progressive parties who condemned Denmark’s hard-line policies; the far right was soundly defeated by public opposition to the policies that it has been able to test.

These political forces are always there. Adopting their policies or allowing them to participate in government to pursue their destruction agenda doesn’t make them go away. Just ask the Belgian PM. Anti-migration policies are never enough.

2) (Discussion of) Political Fragmentation is the Order of the Day

Political fragmentation continues – although we should be used to it after thirty years. The EP elections show the continued gradual electoral decline of the two big left and right blocs in Western Europe and the creation, reinvention and consolidation of parties in Eastern Europe. Although coalition building becomes more complicated, there are also advantages: the greater the number of parties the more options for avoiding an alliance with the far right (something that would be helpful in Austria right now, for example, where more fragmentation would be good). Most European countries are adept at building coalitions able to govern.

For the European Parliament, there are benefits to a three or four party coalition rather than straight left or right majority or grand coalition. Progressive parties can make their participation conditional on rational and humane asylum and migration policies.

Principled coalition building should involve a redrawn cordon sanitaire to suit the contemporary context. That means excluding alliances with the parties that become extremist, such as Fidesz, not just those born that way, and with those that undermine the rule of law and democracy, regardless of their ideology. Of course, some cooperation is necessary and correct when parties are elected but handing them portfolios where they can do harm is wrong, and handing them the keys to ministries is madness.

By adopting hard-line stances, “centre” right and left parties are limiting their options. And ultimately because of their anti-democratic approach – and their very populism – the far right do not make good coalition partners.

Within the European Parliament, new coalitions can focus on the issues people care about – climate, the economy, Europe’s role in the world, security (which is not a code word for migration) – instead of focusing on the obsessions of the extremes. There is also an opportunity to capitalise on the pro-EU sentiment of the public – the latest Eurobarometers continue to show approval ratings for the EU that most national leaders can only dream of.

3) Now for the Commission

The next institution to undergo change will be the European Commission, with the appointment of a new College of Commissioners. A new President of the European Council will also emerge from the Member States’ deal-making. It is likely that ALDE and the EPP will take the two presidencies, with the High Representative for Foreign Policy position going to one of the others in the coalition of three or four political groups.

Whoever takes over, for the Commission it is time to switch to a broad, pragmatic and humane strategy on asylum and migration, moving away from the one-track approach of preventing arrivals of all persons to Europe at any cost, full stop. Instead, broader alternatives are available: making asylum systems work in Europe, continuing expansion of legal routes for asylum and non-asylum migration, external policies that allow Europe to  tackle the causes (or to stop causing) forced displacement; and inclusion of all in Europe through rights, respect and regularisation. Is that really so difficult?

It has been particularly galling to hear Commissioners, officials, and technocrats justify the narrow “prevention of access” policy with the repetition of two lines “It is what the Member States want” or “It is what the public wants”. The latter is not true and, concerning the former, it is not the job of the Commission to do “what the Member States want”, especially when this is narrowly defined as what the interior ministers want. Cutting the racist tropes about birth rates in Africa would also be welcome.

As well as the Presidency, other Commission portfolios are important. The Justice Commissioner position is potentially crucial to the future of rights and values, including democracy and the rule of law. Could one of the Member States propose someone with the background, experience, conviction and stomach for a fight that this job requires? Unfortunately, it may be considered a minor portfolio handed out to n’importe qui when the big jobs have gone.

The external affairs portfolios are also crucial. Can the next HR/VP, Development and Trade Commissioners resist the capture of their policy areas (and money) by a narrow migration control agenda, driven by DG Home and interior ministries? These policies will contribute to reducing forced displacement if they are able to just get on with the job they are supposed to be doing. Of course, many Member States are not really interested in EU foreign affairs unless it involves doing their dirty work, but why then have it at all?

Overall, we need a Commission that sets another course – despite the pressure from Member States.

4) The Real Battle: the Rule of Law

For both the Commission and the European Parliament, defence of the rule of law in Europe is a central challenge. Who wouldn’t want to step in to that? We are witnessing a domino effect as countries topple one by one when “populists” join governments and systematically remove all opposition, checks and balances by restricting media freedom; undermining the independence of the judiciary through court packing; and repressing civil society. Italy and Austria are the dominoes at risk of falling now unless action is taken. Anti-migration rhetoric is often used as distraction tactic or as a smokescreen.

On asylum and migration, civil society – NGOs, volunteers, professionals, businesses – has stepped in when governments are unable to manage or are deliberately absent or repressive. As hostile policies create destitution and despair (and therefore fuel extremists), civil society will be needed more than ever. The crackdown needs strong resistance through legal, financial and political action at European level.

Is it too idealistic to expect a new set of leaders that focus on a humane and functioning asylum policy? Or on an evidence-based approach to migration that takes Europe’s interests into account? On external policies that do what they are supposed to do and restore Europe’s reputation in the world? On a defence of European law, rights and values internally? It is worrying that we have to ask these questions, especially as these are surely appealing as well as worthy political challenges for an ambitious politician. But let’s have some faith in the incoming politicians and officials to step up and steer a new course – for now at least.