Weekly Editorial: A Qualification, an Assumption and a Contradiction – Positions of the Commission Candidates 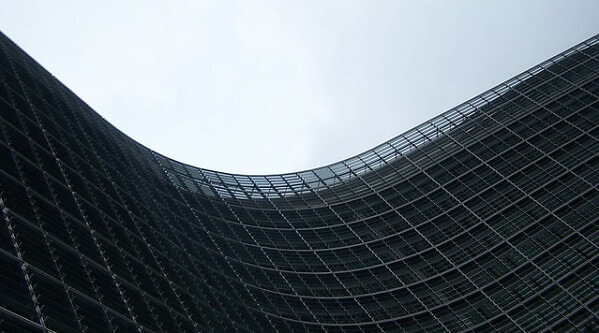 It is a year of change in Brussels with the European Parliament elections to be followed by the appointment of a new European Commission, led by a new President. Whether there will be a shift in asylum and migration policy remains to be seen.

For now, strikingly similar positions have been put forward by the main candidates for the Commission presidency. Europe should offer protection to refugees; control its borders; and provide safe and legal routes for refugees. In some cases, solidarity is also mentioned, with two leading contenders committing to reform of Dublin.

There are positive elements here, including the headline that Europe should offer protection to refugees – not a given these days. Nonetheless, the formula hides a qualification, an assumption and a contradiction that need to be unpicked.

First, the qualification. Yes, it is good that there is continued support for refugees from (most) candidates. However, when the qualification “genuine” refugees is used, alarm bells start to ring. Statistics from asylum systems shows that most of those arriving in Europe in recent years are entitled to protection (if the full process including second instance and reviews are taken into account). People are entitled to protection as refugees under the Refugee Convention, to subsidiary protection which is not intended to be an inferior protection status (although many Member States treat it as such) or to the various other protection statuses available in law. The qualification “genuine” is used to imply that there are mainly “undeserving” people arriving to take advantage. Policymakers justify harsh measures (often to themselves) by implying or stating that people are on the move as a matter of choice. That is generally not the case, with even those not entitled to protection experiencing the constraints, coercion, and extreme conditions that mean choice is limited.

Second, the assumption. The expression to “control borders” often means to close borders – to prevent irregular or “illegal” migrants entering (most of the candidates use the former term, which is at least something). The assumption is that borders are open and uncontrolled. But they are not. Europe’s borders are among the most regimented and policed in the world. In addition, people crossing borders to seek protection neither constitute a major security threat nor are they perceived as such by the public. The qualification and assumptions are combined to justify the current strategy of preventing all migration into Europe.

Third, the risk of contradiction in this consensus position. Europe should offer protection to refugees. But how will they arrive in Europe if borders are closed to them? Dropped from the sky? To prevent people entering Europe to seek protection, we are building fences, letting people drown in our seas, pushing them back, pretending they never got in, and setting dogs on them.

Not only are refugees prevented from entering Europe, desperate efforts are also made to prevent them getting anywhere near Europe by misusing European external policy instruments to disrupt movements of people far away from Europe’s borders, containing them in other places, with humanitarian crises resulting.

The safe and legal channels mentioned by candidates (another positive) are part of the answer but they would have to be massively expanded for Europe to host its fair share of those needing protection globally (fair in relation to its size, wealth, capacity and needs, and compared to what the major refugee-hosting countries are managing).

The right of people to cross borders to seek protection has to be respected. Otherwise, the commitment to protection rings hollow due to this blatant contradiction: we offer protection to refugees in the abstract but there’s no way they are getting in to reach it.