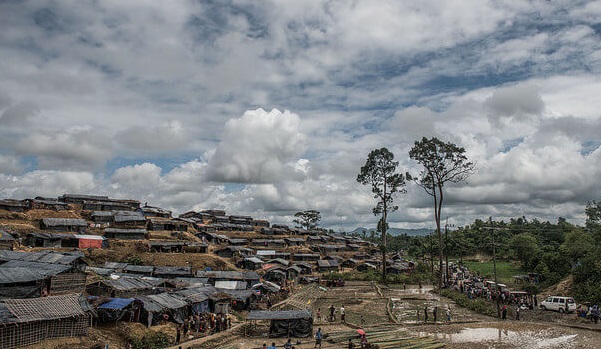 On Tuesday morning, a boat carrying around 130 Rohingya refugees capsized off southern Bangladesh, killing at least 14 people. The coast guard was able to rescue 70 persons, leaving dozens more unaccounted for.

A fishing trawler, carrying mainly refugees from the refugee camps in Cox’s Bazar, was trying to cross the Bay of Bengal from Bangladesh to Malaysia when it capsized. The boat was one of two vessels attempting to make the dangerous journey. According to coast guard spokesman Hamidul Islam, there is no sign of the second boat.

More than 900.000 Rohingya have fled Myanmar since August 2017 due to a military crack-down, also classified as ethnic cleansing by the UN High Commissioner for Human Rights. Living under harsh conditions, health risks, limited services, lack of rights and denial of education for refugee children, many try to flee on boats heading to Malaysia and other Southeast Asian countries, leaving hundreds dead.