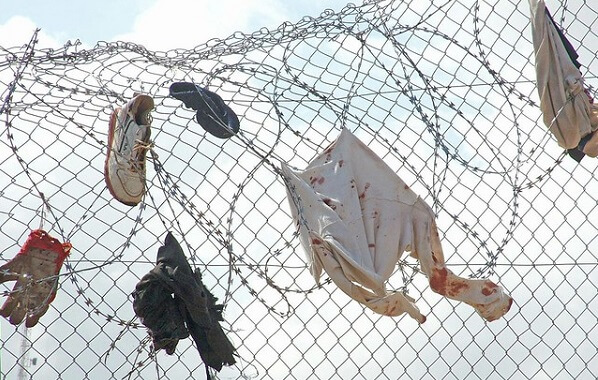 On 12 May 52 people jumped the border fence between Morocco and the Spanish enclave of Melilla. Another 40 attempted but were arrested by Moroccan authorities.

In the early morning around 100 people of sub-Saharan origin attempted to climb the fence into Melilla, according to local government sources. The group who managed to cross arrived at the Centre for Temporary Stay of Immigrants (CETI) in Melilla, where they received new clothes and other basic goods and according to Spanish media shared their relief with other migrants. One person was taken to the hospital due to injuries from the razor wire.

A rapid deployment from the Spanish Police Guardia Civil and Moroccan security forces prevented the remaining 40 people from reaching EU soil. According to a Moroccan military official the navy also stopped three boats with 117 people from crossing to Europe. It remains unclear where they have been taken.

The Spanish enclaves of Melilla and Ceuta are the only land borders the EU shares with Africa. Since Spain recorded the highest number of arrivals of migrants and refugees in the EU in 2018 authorities have stepped up efforts to seal off Spanish borders through bilateral agreements with Morocco. An internal EU report links the cooperation to a significant decrease in arrivals in the past months. However, several NGOs have raised concern over human rights violations by Moroccan authorities and an escalating death rate of people trying to cross the western Mediterranean. The Committee on the Rights of the Child has repeatedly condemned Spanish push-backs at the border of the enclaves.

The group of people crossing the border fence to Melilla was the largest since 21 October 2019 when 209 people managed to cross.